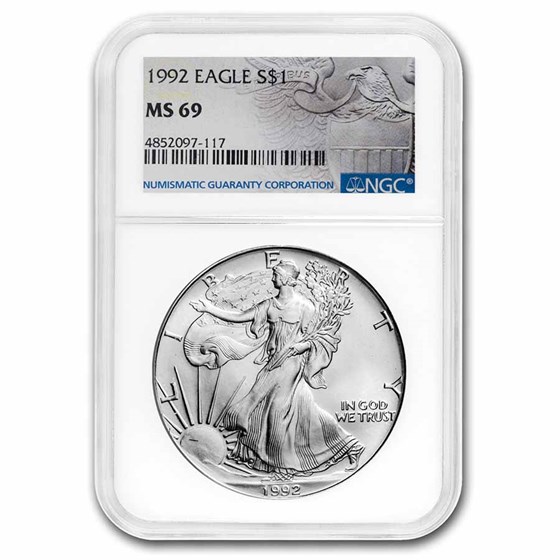 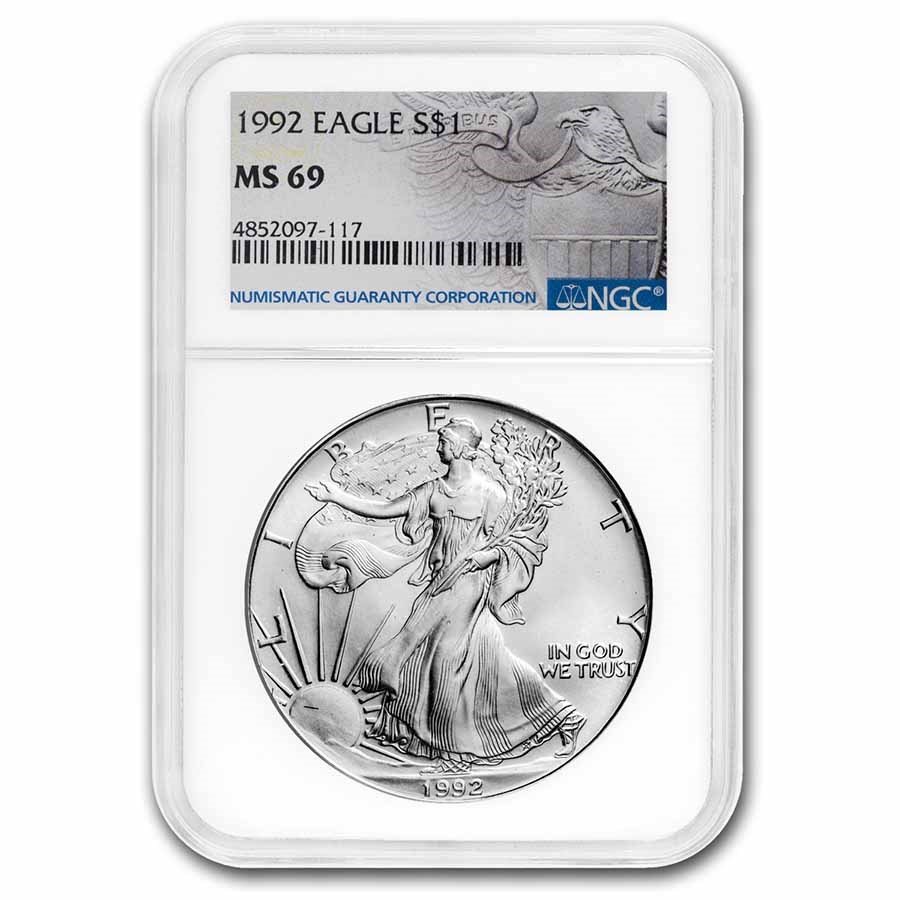 Your purchase is guaranteed to match the quality of the product shown. It will not be this exact item.
Product Details
Product Details
The Silver Eagle is the most popular and recognizable Silver bullion coin in the world. These coins have been graded a near perfect MS-69 by NGC, one of the top two coin grading services, only adding to their appeal.

One of the most popular designs in American coinage, the Silver Eagle combines beauty with Silver bullion appeal. Add the 1992 Silver Eagle to your cart today!