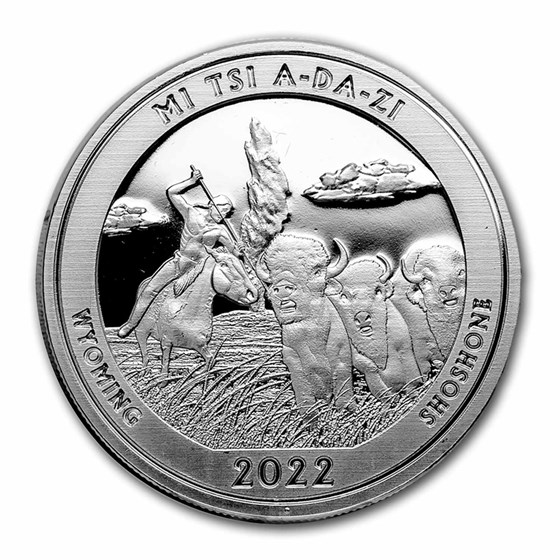 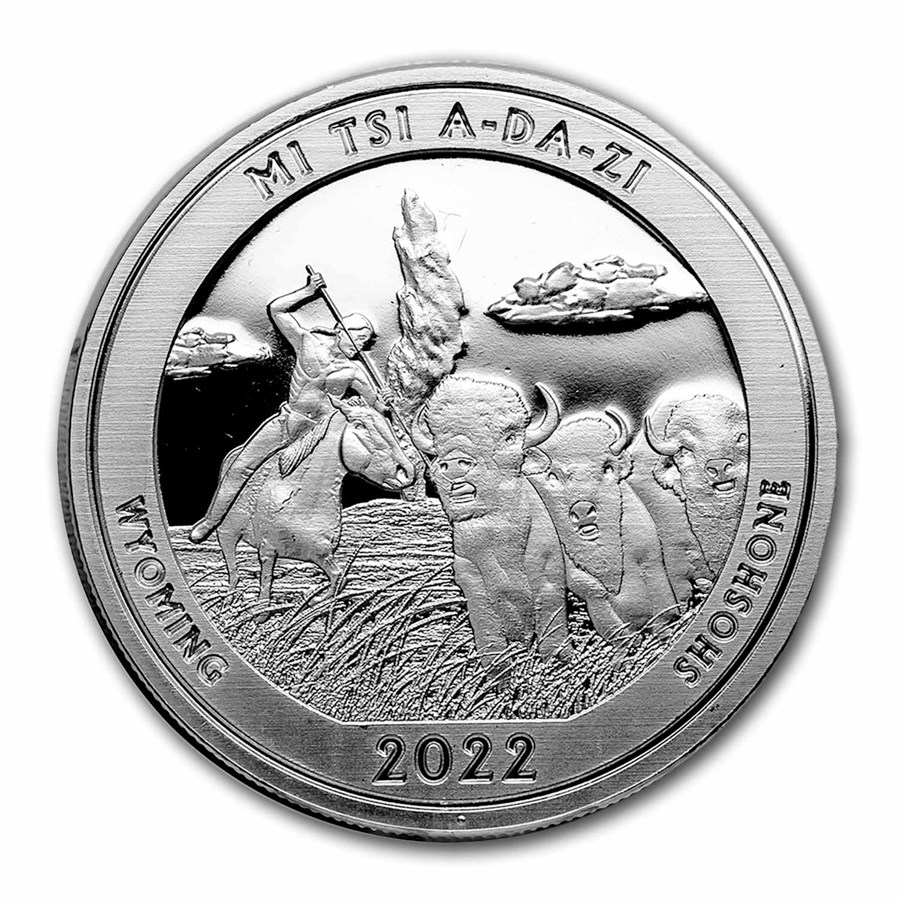 
Collect them all! Add this 2022 1 oz Silver Native America the Beautiful Yellowstone National Park coin to your cart today!

About Yellowstone National Park
Yellowstone National Park contains the headwaters of the Yellowstone River, from which it takes its historical name. Near the end of the 18th century, French trappers named the river Roche Jaune, which is probably a translation of the Hidatsa name Mi tsi a-da-zi ("Yellow Rock River"). Later, American trappers rendered the French name in English as "Yellow Stone." It is commonly believed that the river was named for the yellow rocks seen in the Grand Canyon of the Yellowstone.

The human history of the park began at least 11,000 years ago when Indians began to hunt and fish in the region. During the construction of the post office in Gardiner, Montana, in the 1950s, an obsidian point of Clovis origin was found that dated from approximately 11,000 years ago. These Paleo-Indians of the Clovis culture used the significant amounts of obsidian found in the park to make cutting tools and weapons. Arrowheads made of Yellowstone obsidian have been found as far away as the Mississippi Valley, indicating that a regular obsidian trade existed between local tribes and tribes farther east. By the time white explorers first entered the region during the Lewis and Clark Expedition in 1805, they encountered the Nez Perce, Crow and Shoshone tribes.

During the 1870s and 1880s, Native American tribes were effectively excluded from the national park. Under a half dozen tribes had made seasonal use of the Yellowstone area and the only year-round residents were small bands of Eastern Shoshone. They left the area under the assurances of a treaty negotiated in 1868, under which the Shoshone ceded their lands but retained the right to hunt in Yellowstone. The United States never ratified the treaty, and refused to recognize the claims of the Shoshone or any other tribe that had used Yellowstone.