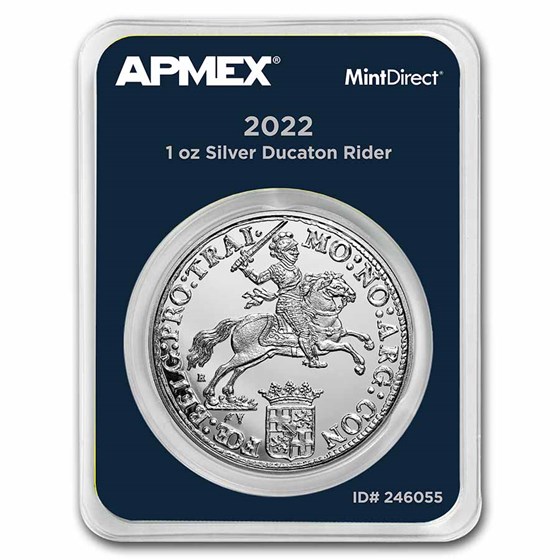 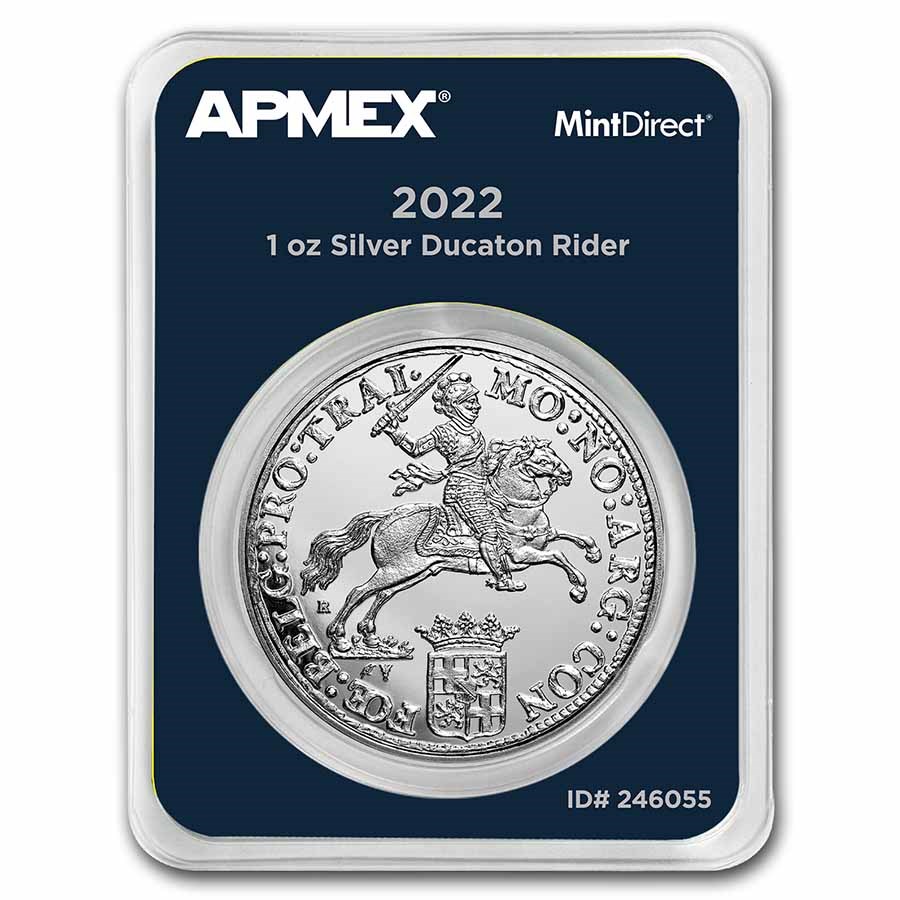 APMEX individually seals each MintDirect® coin to ensure that the authenticity and condition of each coin is protected after they are removed directly from the mint capsules. Each coin is placed in a protective authentication card composed of a non-reactive plastic polymer to protect your coin’s finish.

The sealing process seals the coin within the authentication card, creating a tamper-evident package that will guarantee your investment indefinitely. After the process is completed, the coin in the tamper-evident package is removed from the machine and checked to ensure that the quality of the packaging meets our exacting standards. You now have a finished 2022 Netherlands 1 oz Silver Ducaton Rider MintDirect® Single.

In 1901, the company was placed under the supervision of the Ministry of Finance, and in 1912 the mint officially became a company owned by the state. At the end of the German occupation during the Second World War in 1944, coins were produced in the United States. This was necessary to ensure that there would be enough currency available after the liberation. In 1994, Rijks Munt was renamed as De Nederlandse Munt NV. It became a company, 100% of whose shares are owned by the Dutch state. The queen awarded the company the prefix Koninklijk (Royal) five years later, and it was now allowed to call itself De Koninklijke Nederlandse Munt (The Royal Dutch Mint).