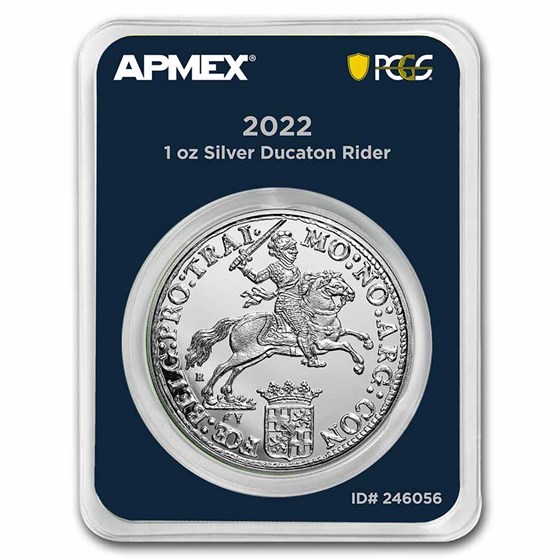 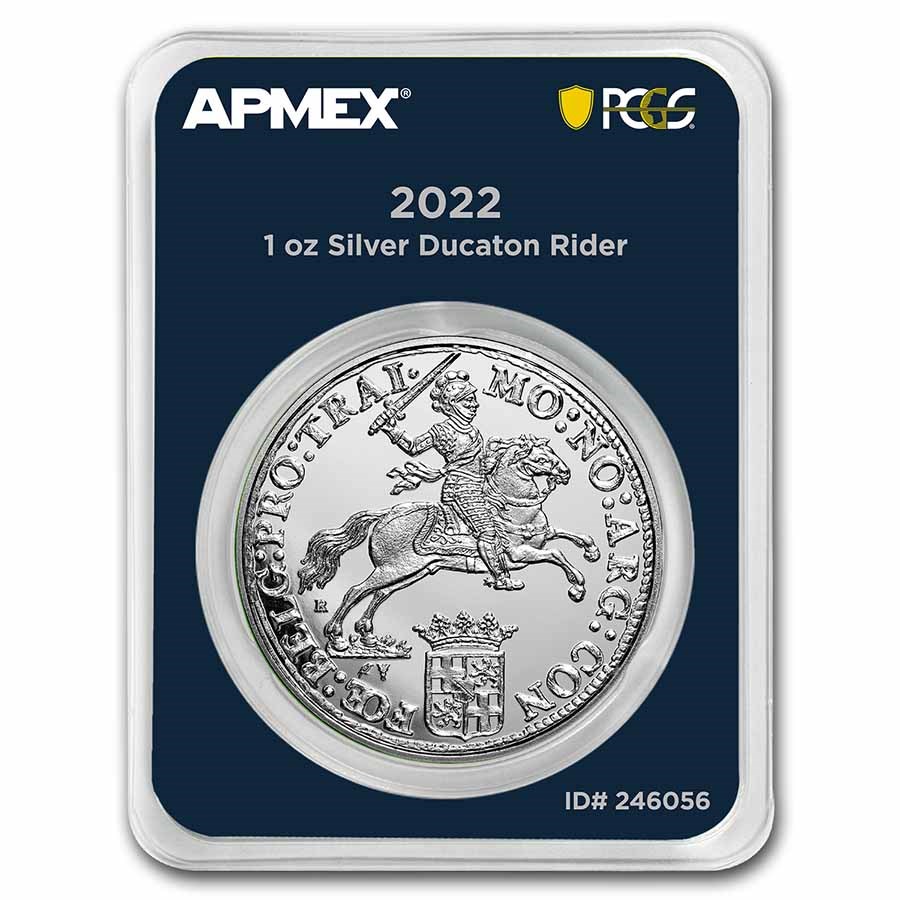 In partnership with PCGS, 2022 MintDirect® Premier Silver Ducaton Riders now have the added benefit of qualifying for the sought-after PCGS FirstStrike® designation if submitted for grading in sealed packaging, bringing additional value to this popular program.

Each 2022 1 oz Silver Ducaton Rider is placed in a non-reactive plastic polymer authentication card to protect your coin’s finish.

Only coins received in the first 30 days of release from the mint are eligible for the MintDirect® Premier designation. This provides assurance that these 1 oz Silver Ducaton are among the best struck releases of the year.

The sealing process seals the coin within the authentication card, creating a tamper-evident package that will guarantee your investment indefinitely. After the process is completed, the coin in the tamper-evident package is removed from the machine and checked to ensure that the quality of the packaging meets our exacting standards. You now have a finished 2022 Netherlands 1 oz Silver Ducaton Rider Restrike MintDirect® Premier + PCGS FirstStrike® single.

I love all the silver coins from the Netherlands. These coins are beautiful! Must have for a collector.