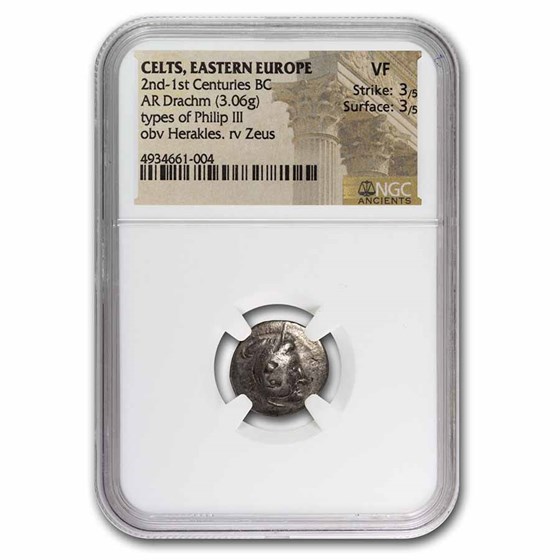 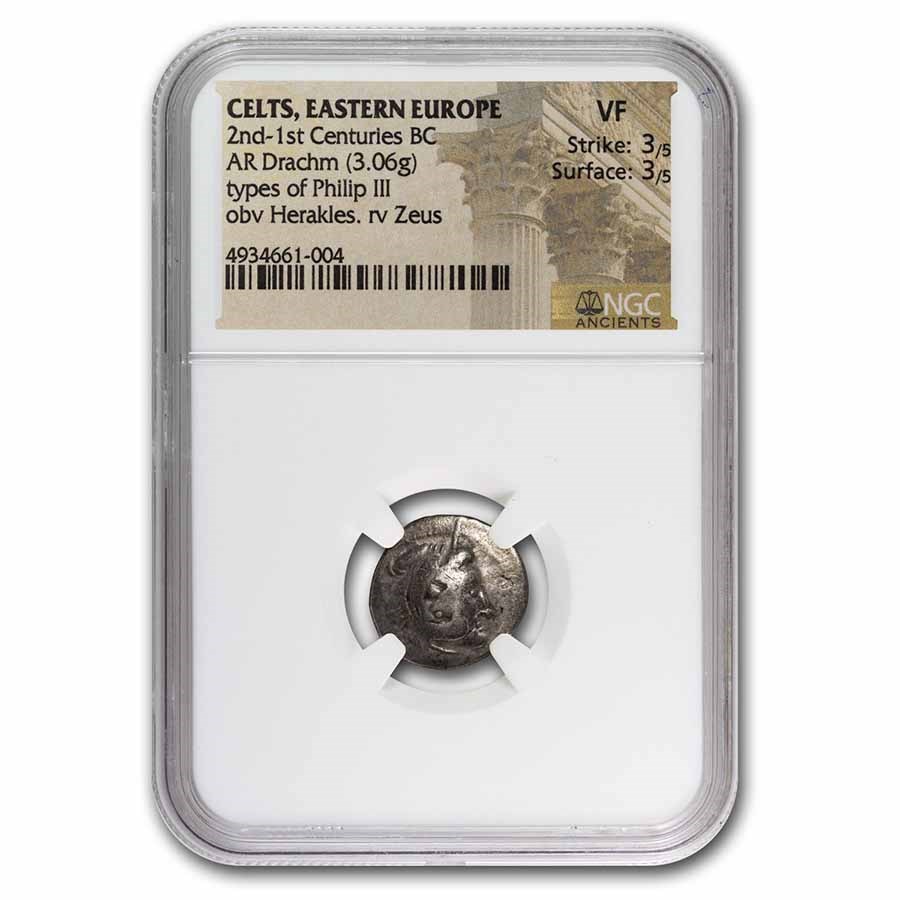 Your purchase will match the quality of the product shown.
Product Details
Product Details
Only $199.99 per coin
The ancient Celtic tribes inhabiting areas beyond Greece in eastern Europe would strike imitative coinage to facilitate trade with their Greek neighbors. These coins varied wildly in construction and many are delightfully crude.

Coin Highlights:
Protect and display your Eastern European Celtic Silver Drachm in style by adding an attractive display or gift box to your order.