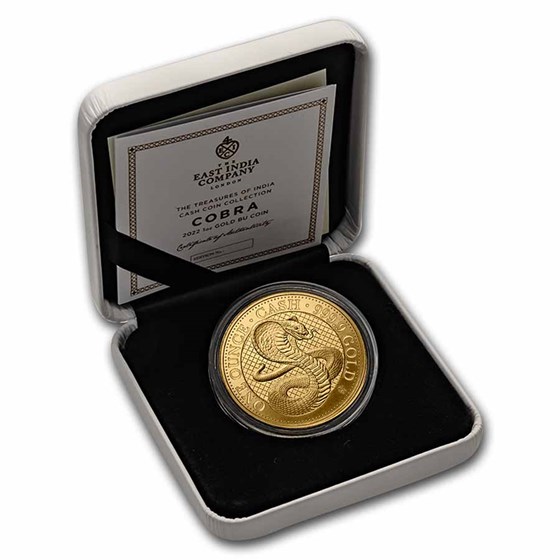 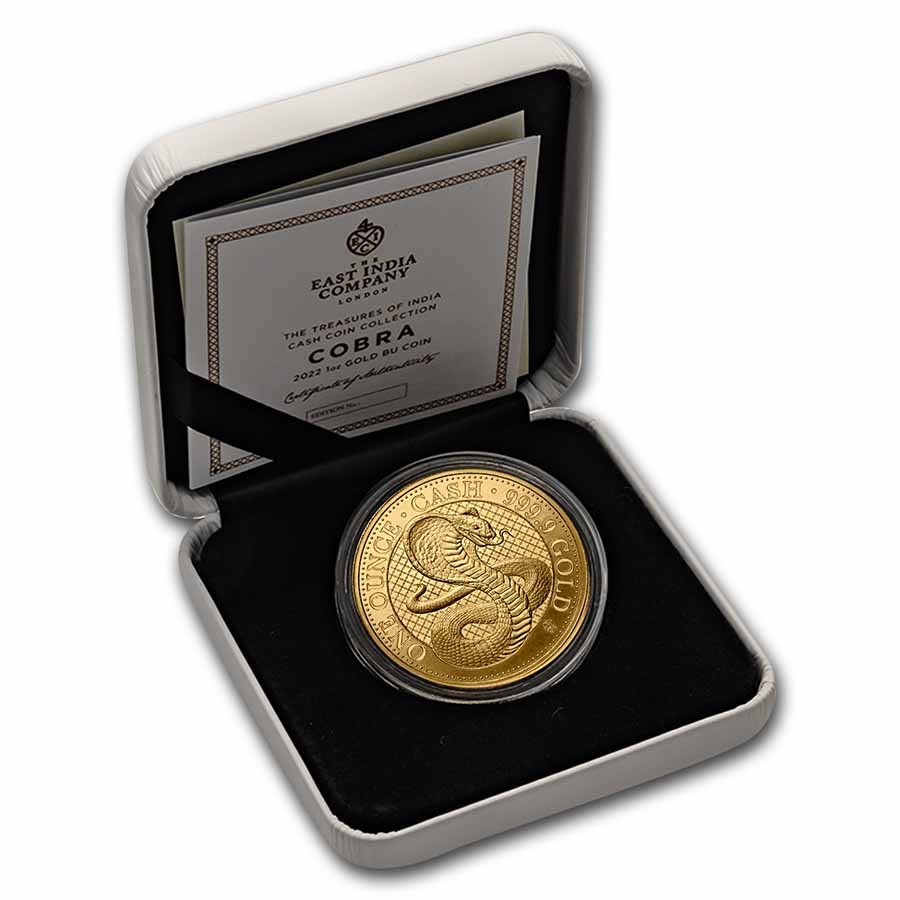 Your purchase is guaranteed to match the quality of the product shown. It will not be this exact item.
Product Details
Product Details
The Cash Indian Wildlife series continues with a .9999 fine Gold version of the cobra. There is an extremely limited mintage of only 200, and each is accompanied with numbered certificate #5 and a display box.

Add the newest release in the Indian Wildlife series to your collection today with the APMEXclusive® 1 oz of .9999 fine Gold Cobra with COA #5!

Treasures of India Wildlife Series
“CASH” coins were currency units used during the time of British rule in India. While the origin of the word "CASH" is somewhat up for debate, one thought is that it was derived from the Sanskrit word "karsa," equaling a weight of Gold equal to 1/400 of a "tola."

The Treasures of India Wildlife Series is an APMEXclusive® collection created to explore the significance of creatures found throughout India by portraying the animals in 1 oz of .9999 fine Gold along with 1 oz and 5 oz of .999 fine Silver. The Indian cobra is a venomous snake known to represent wisdom and good luck. The Indian cobra has several different identities that have been given to it, including the Indian spectacled cobra, the Indian spitting cobra, or simply as the Indian cobra. These Indian cobras are often found in various habitats in the Indian subcontinent, such as agricultural fields, scrubland and forests.