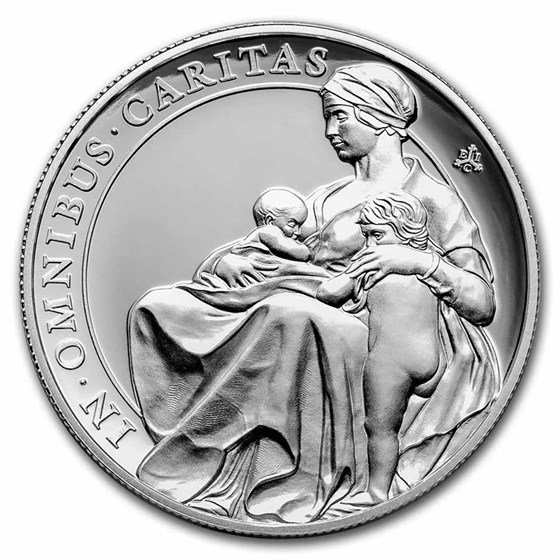 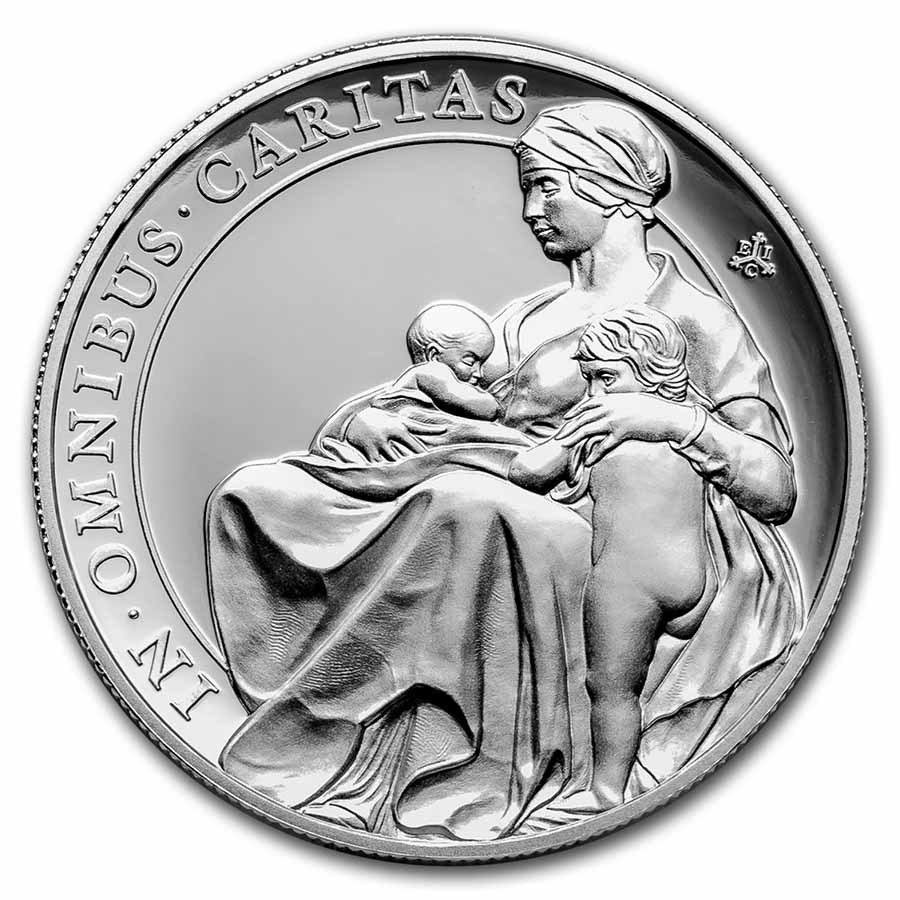 Product Details
Product Details
This .999 fine Silver coin features the third release of the Queen's Virtues series, featuring "charity" in a beautiful Proof finish. There is a limited mintage of 2,500 coins in this finish.

The third coin of the Queen Virtues series features charity, as one of the six Queen's Virtues. Add the 2022 St. Helena 1 oz Silver £1 Queen's Virtues Charity Proof coin to your cart today!

Queen's Virtues Series
The Queen Virtues series is a six-coin series from The East India Company, and is a tribute to Virtues of a Queen, with each release symbolizing one of the virtues of victory, truth, charity, justice, courage and constancy. The third release of this series celebrates the virtue of charity. The coins are released in both BU and Proof finishes, and in both Gold and Silver.

I Bought this for the design. I love it