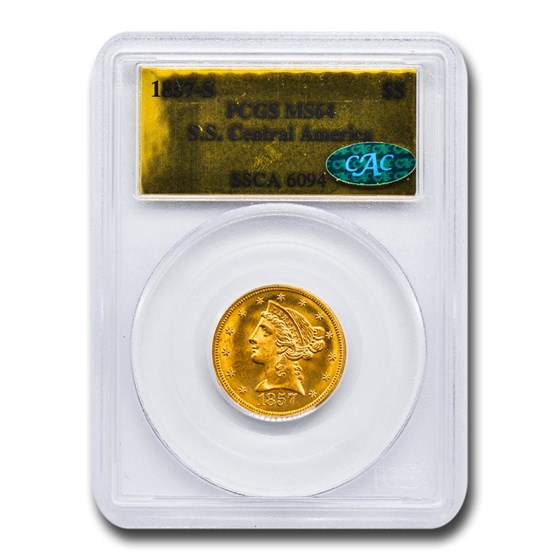 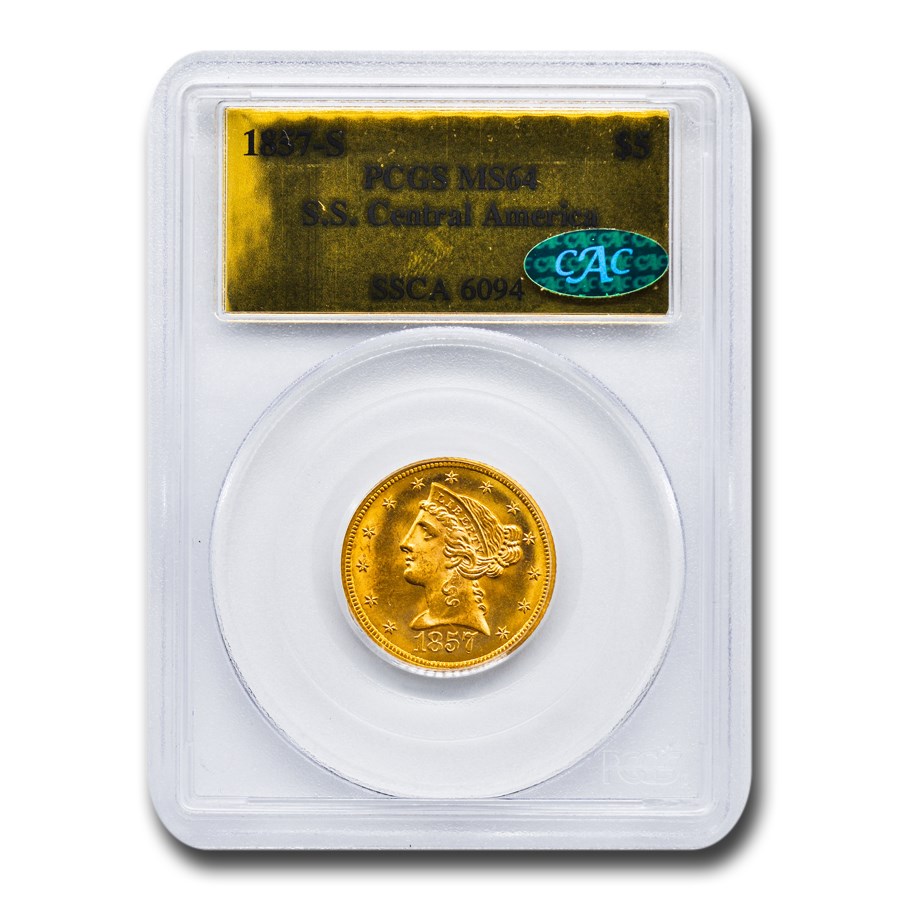 The product pictured is the exact product you will receive.
Product Details
Product Details
Own a true piece of American history with this shipwreck coin from the S.S. Central America, pedigreed by PCGS. It is graded by PCGS as MS-64.

Protect and display your 1857-S $5 Liberty Gold Half Eagle graded MS-63 PCGS in style by adding an attractive display box to your order.

This coin will make a great addition to any collection. Add this 1857-S $5 Liberty Gold Half Eagle coin to your cart today!

S.S. Central America
Own a piece of the California Gold rush known today as “America’s Lost Treasure.” It is part of the coins minted in San Francisco then put on the ill-fated S.S. Central America, which set sail for New York City. The ship encountered a fierce hurricane off the East Coast, sunk, and remained beneath the Atlantic Ocean off the Carolinas for the next 130 years.