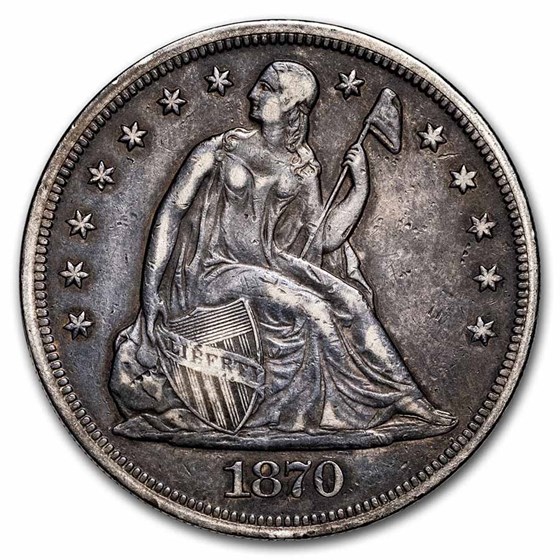 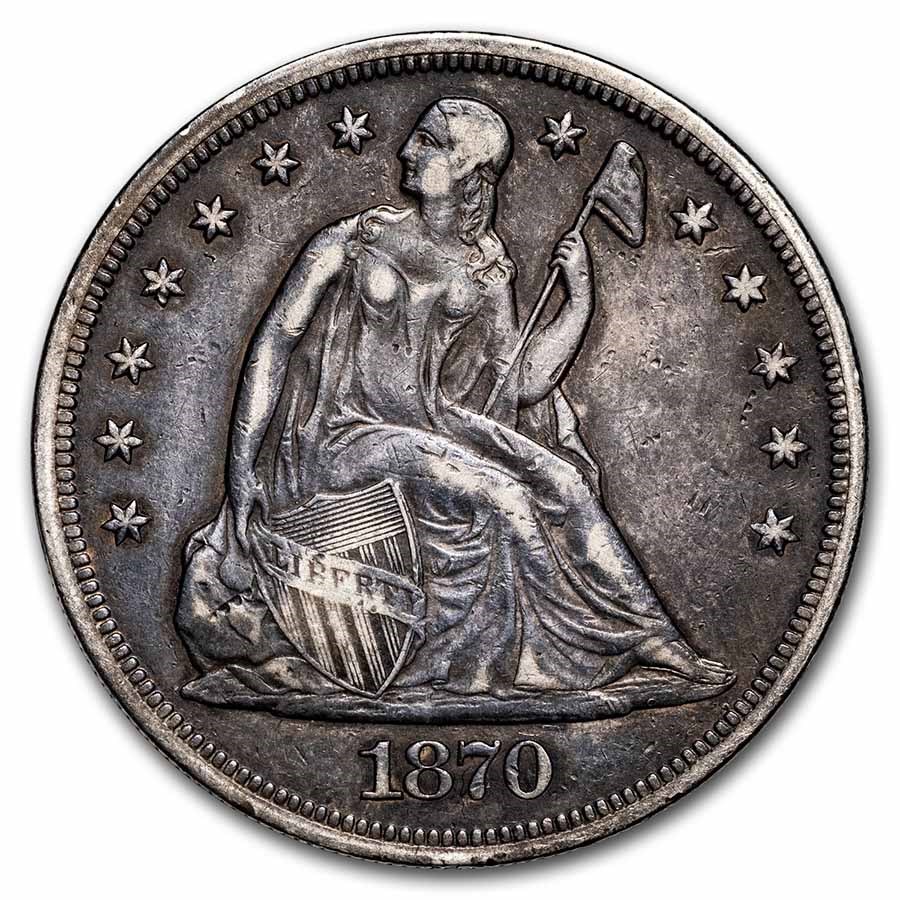 The product pictured is the exact product you will receive.
Product Details
Product Details
Minted near the end of the Seated Dollar's 33-year run, this Carson City Dollar is extremely scarce in any condition. With an extremely low mintage of 11,758 coins and a survival estimate of only 1,000 coins, this date is seldom encountered!


With so few 1870-CC Seated Dollars surviving today, this coin is a true numismatic rarity. Opportunities to complete your set with this date are extremely scarce, and this coin is sure to be the centerpiece of your collection.

Inspect your collection with confidence by adding this triplet magnifier to your order.

Liberty Seated Dollars
Silver Dollars had been on a long hiatus by the time that Liberty Seated Dollars were created. Aside from some patterns and extreme rarities, there had been no Silver Dollars struck for general circulation since 1803. By the late 1830s, some patterns, known as Gobrecht Dollars, were designed and created by Christian Gobrecht but were ultimately rejected. Finally, in 1840 the Seated Dollar design was adopted, and minting for general circulation began again. Due to rising Silver prices in the 1850s, the Silver content within these coins quickly became worth more than their face value, resulting in later issues being used primarily in export trade.