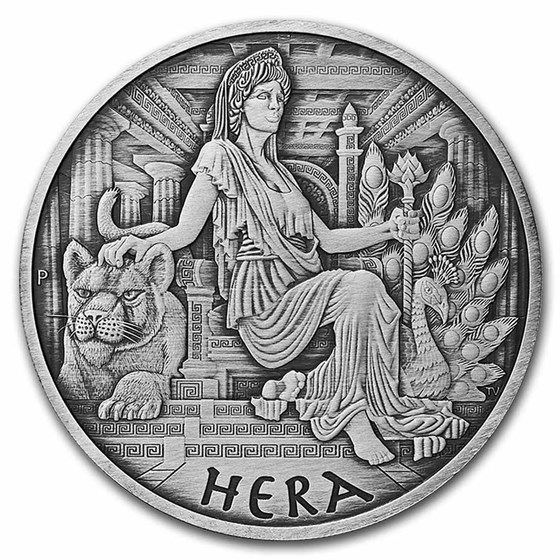 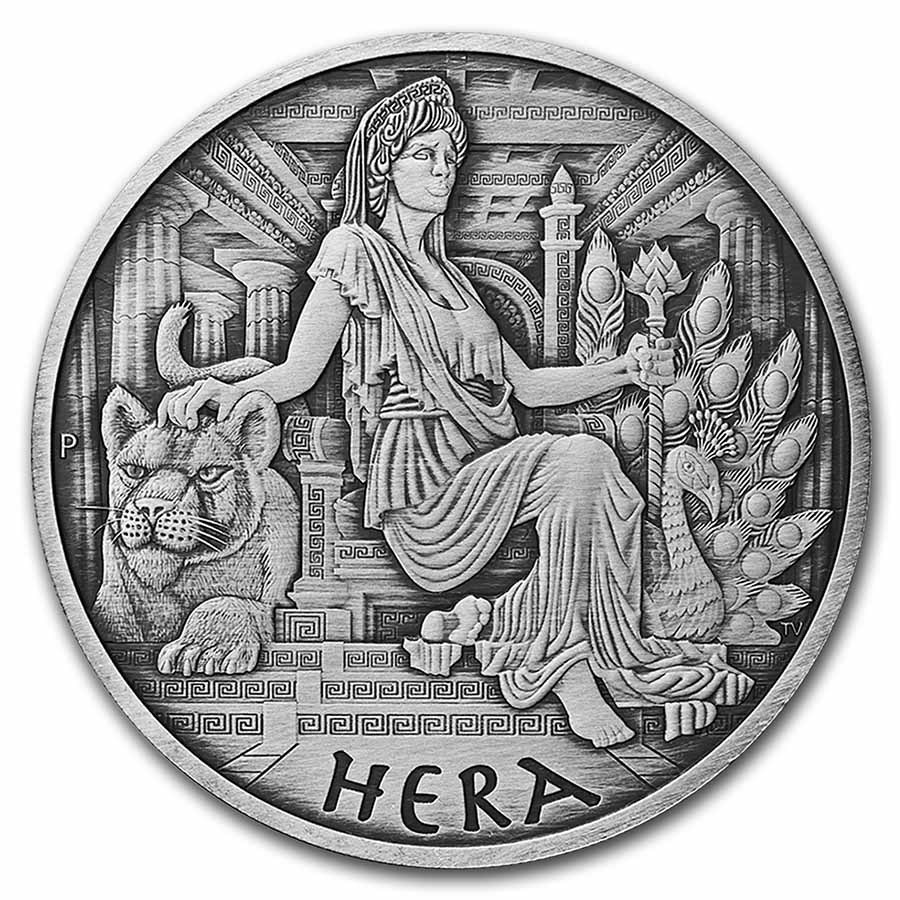 Your purchase is guaranteed to match the quality of the product shown. It will not be this exact item.
Product Details
Product Details
In 2014, The Perth Mint released its first ever antiqued coins in the Gods of Olympus series. The coins were immediate sell-outs! The series is back in a bullion finish, and Hera is the fourth release.

The Perth Mint will release no more than 50 of the 5 oz Silver Gods of Olympus Hera antiqued coins. Add this coin to your cart today!