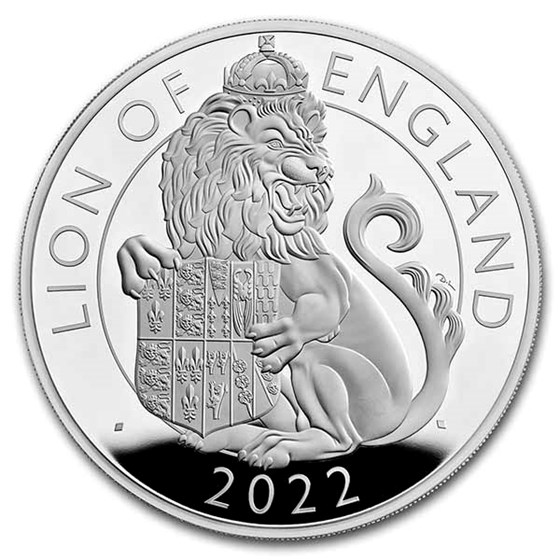 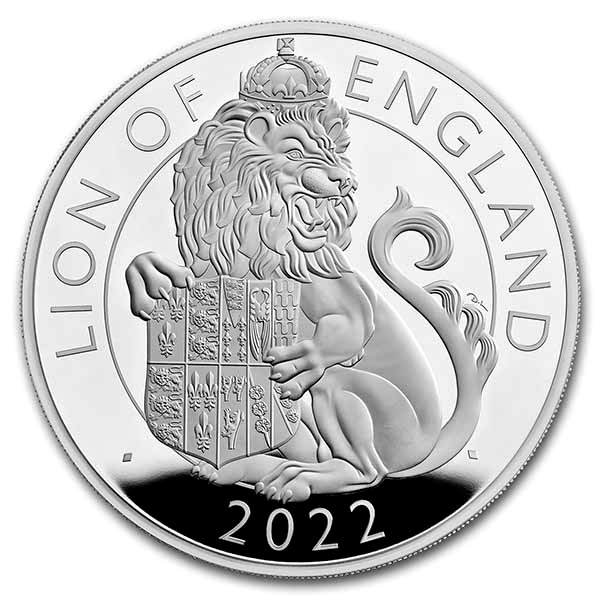 Your purchase will match the quality of the product shown.
Product Details
Product Details
Magnificent in both weight and in design, this impressive coin is the second release in The Royal Tudor Beast Collection. With a limited-edition presentation of only 70 coins worldwide, don't miss the chance to purchase The Lion of the England.

Protect your 1 kilo Silver Lion of England from any fingerprints or smudges by adding these cotton gloves to your order.

This impressive 1 kilo coin is a must-have for any collection! Add this 2022 Proof 1 kilo Silver Royal Tudor Beast Lion of England coin to your cart today!

The Royal Tudor Beasts from The Royal Mint
In 2022, The Royal Mint introduced The Royal Tudor Beast series following the closing of the collector favorite, The Queen's Beast Series. This series is planned to include Gold and Silver Proofs, including this limited-edition Silver Proof Kilo, that feature the heraldic beasts of the Tudor legacy: The Seymour Panther, The Lion of England, The Bull of Clarence, The Tudor Dragon, The Greyhound of Richmond, The Royal Dragon, The Yale of Beaufort, The Seymour Unicorn, The Queen's Panther and The Queen's Lion.

2022 1 kilo Silver Tudor Beast Lion of England Proof
The Lion of England is an ancient and iconic beast that has been part of the shield for centuries. It first appeared on royal emblems in the 12th century, long before it became associated with King Henry VIII's family. Later, when they were granted use by King Henry VIII at Hampton Court Palace after its completion around 1540 AD, he had them impaled together as a symbol showing their strength during marriage negotiations that led to Jane Seymour becoming his queen.