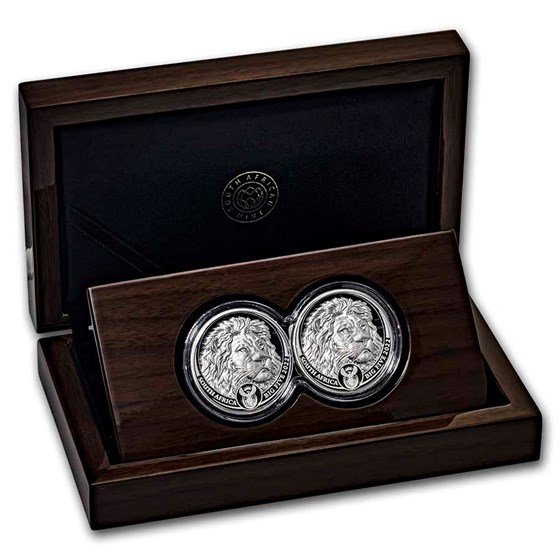 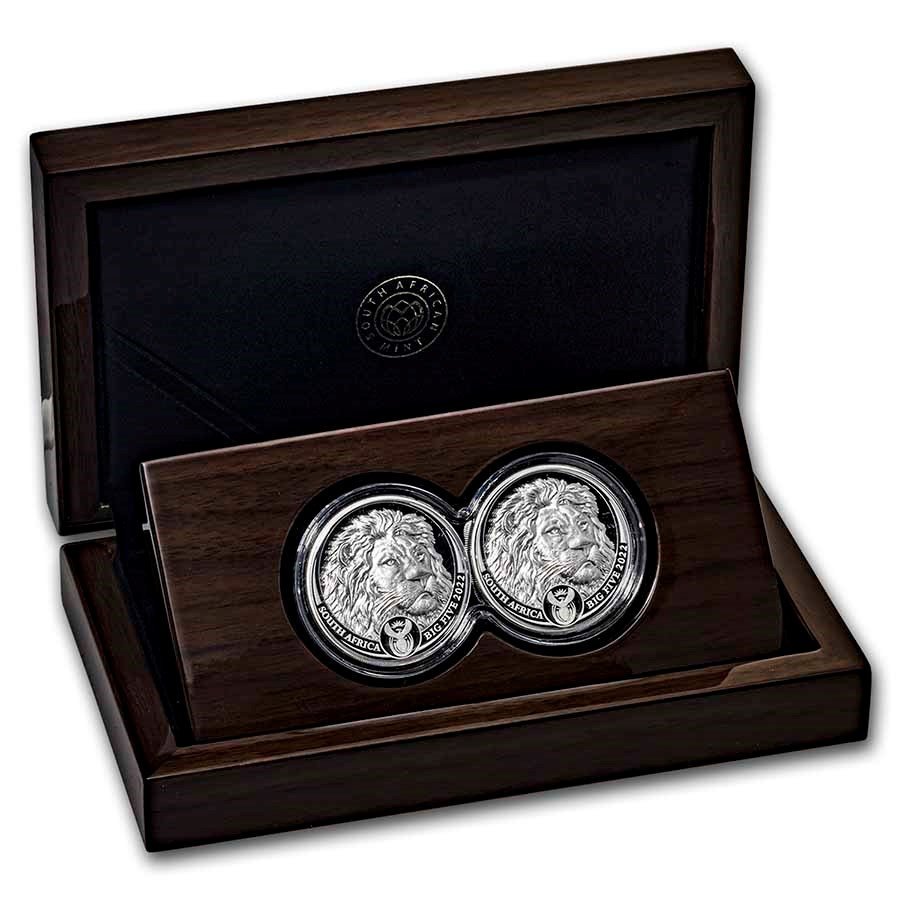 $26.90
As Low As
Product Details
Product Details
This amazing set has a mintage of only 1,000 worldwide. This is the second release in Series II Big Five by The South African Mint. This series will feature all the animals in the Big Five.

The two coins are placed side by side in this unique capsule which gives you the full image of the lion. Add this 2022 South Africa two-coin Silver Big Five Lion Proof set to your cart today!

The double capsule in this set represents binoculars that would be used when spotting these majestic creatures from afar.

I bought this just because. The coin is stellar and the wood box is extremely nice, never seen anything like it.