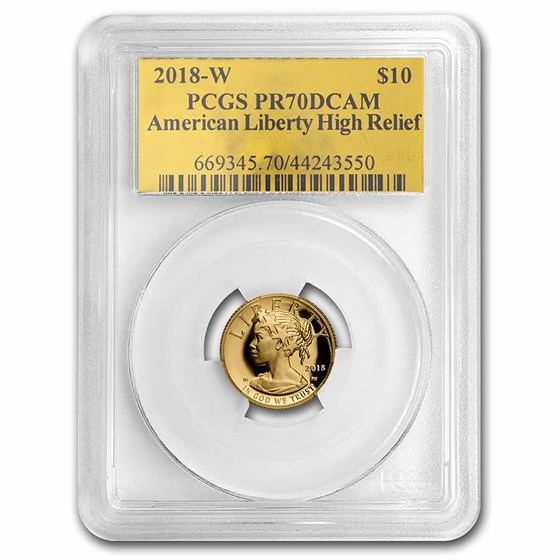 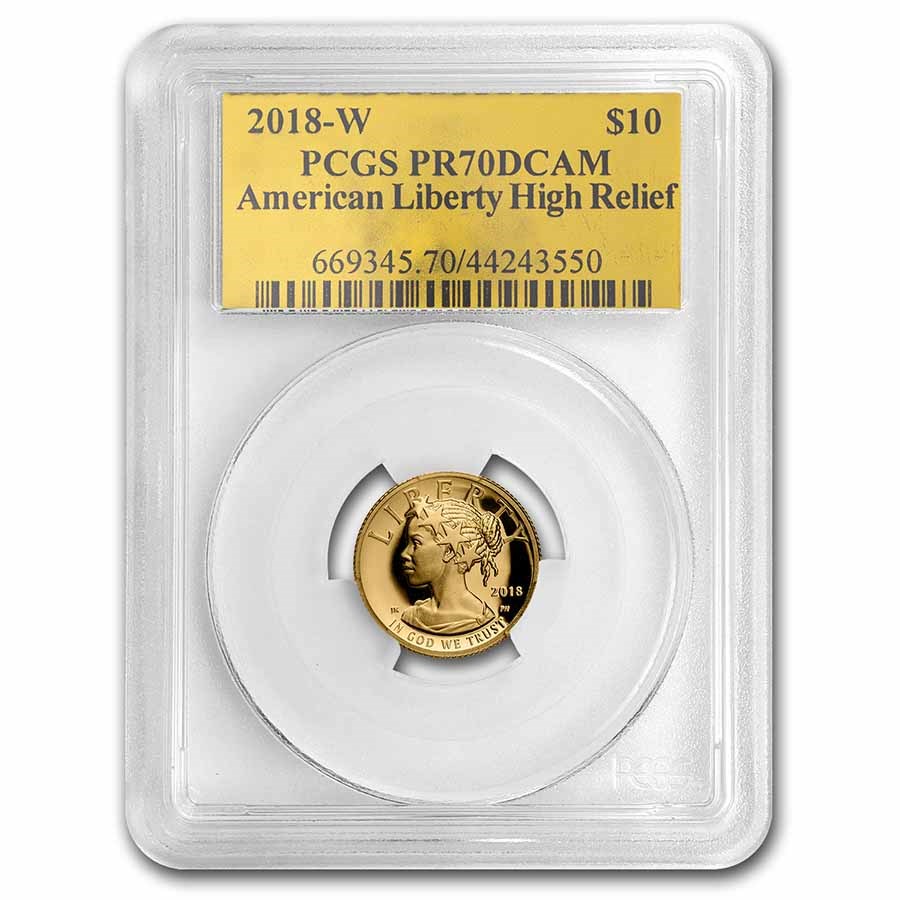 Protect your Proof American Liberty Gold by adding a pack of these cotton gloves or dehumidifier crystals to your order.

2018-W 1/10 oz American Liberty Gold (225th Anniversary)
All 2018 American Liberty Gold Proof coins showcase the same design, which was first released in 2017 on the 1 oz American Liberty Gold coins. To commemorate 225 years of U.S. coinage, the U.S. Mint released a coin design portraying Liberty in a form not based on ancient Greek or Roman interpretations. The design, instead, depicts the spirit of freedom and strength of America with an African American woman as the vision for Liberty. The new portrait features other memorable design elements, such as the text “Liberty” across the top and her hair pulled into a bun behind her head while she wears a coronet of stars.