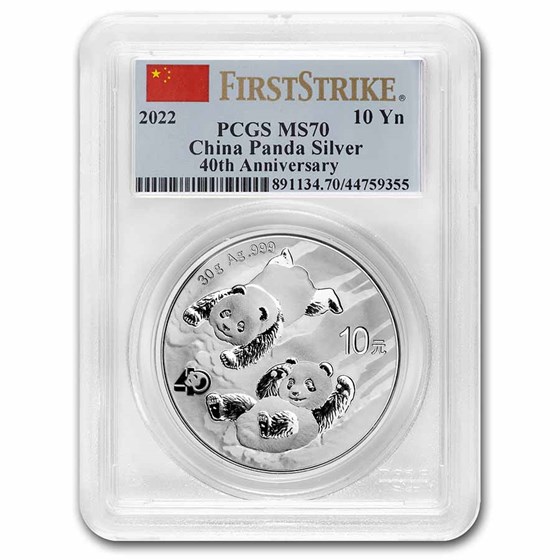 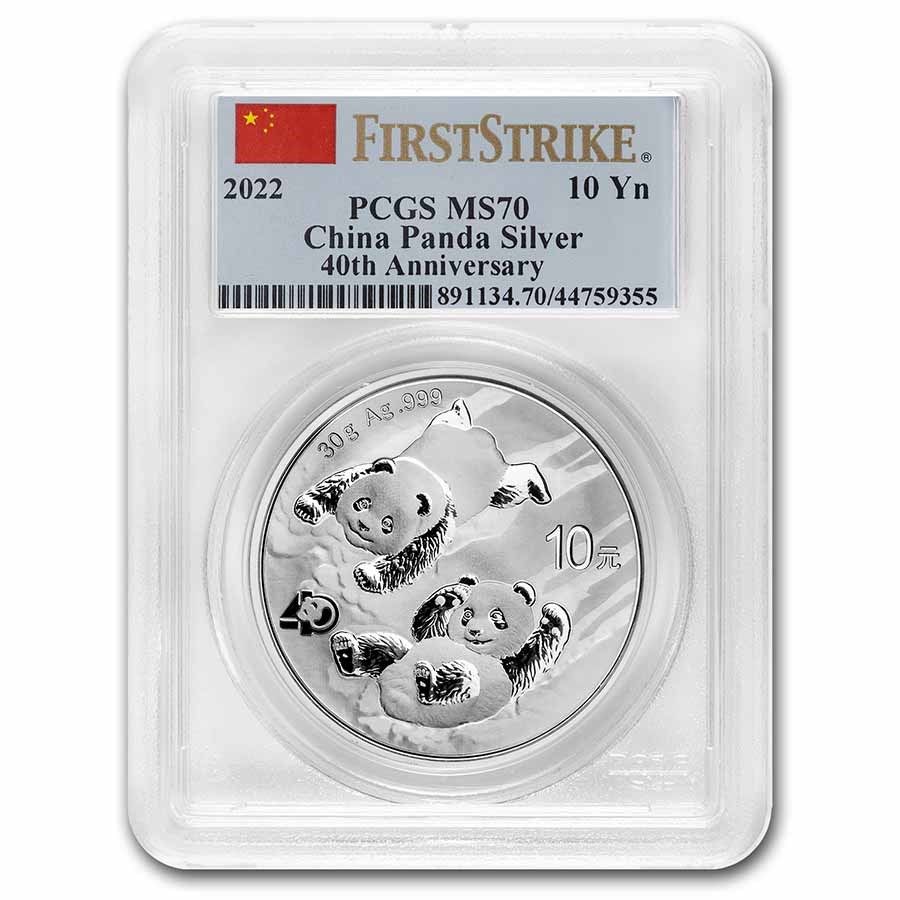 Product Details
Product Details
These coins feature a yearly changing design. The popular Silver Panda series gains even more collectibility with the perfect MS-70 grade from PCGS, one of the top coin grading services, and commemorates the 40th anniversary of the Panda.

This year marks the 40th anniversary of the Chinese Panda coin and the special label celebrates this anniversary.

The 2022 40th Anniversary Silver Panda is sure to be a great collectible. Add the 2022 30 gram Silver Chinese Panda coin to your cart today!

Pandas
The giant panda, also known as panda bear or simply panda, is a bear native to south central China. It is easily recognized by the large, distinctive black patches around its eyes, over the ears, and across its round body. The name "giant panda" is sometimes used to distinguish it from the unrelated red panda. Though it belongs to the order Carnivora, the giant panda's diet is over 99% bamboo. Giant pandas will occasionally eat other grasses, wild tubers, or even meat in the form of birds, rodents or carrion.