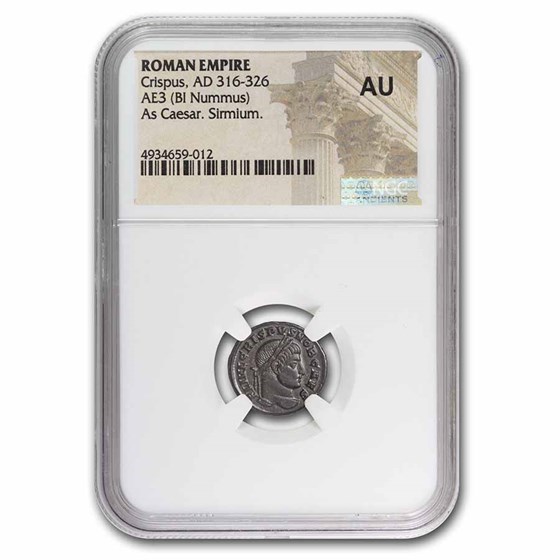 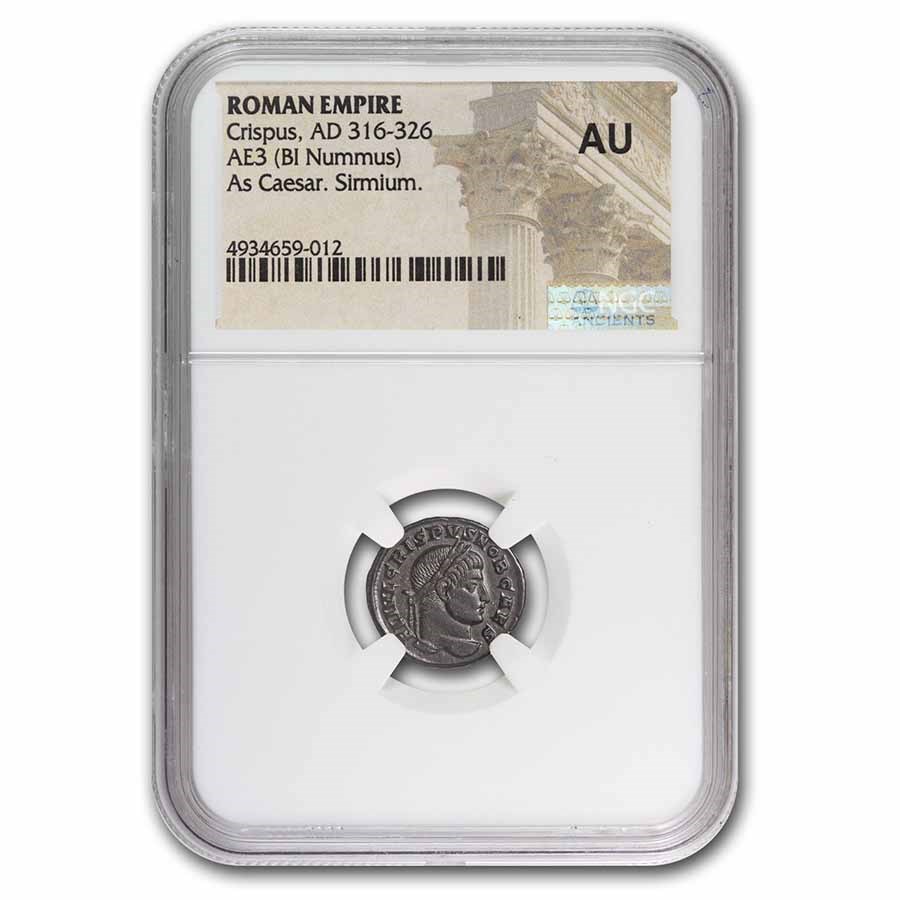 Your purchase will match the quality of the product shown.
Product Details
Product Details
This Roman AE3 of Emperor Crispus is a very nice coin with great details. The Constantinian dynasty reigned the Roman Empire from Constantinus Chlorus until the death of Julian in 363 AD.

The dynasty is named after its most famous member, Constantine the Great, who became sole ruler of the Roman Empire in 324 AD.

Protect and display your Roman coin in style by adding an attractive display or gift box to your order.

The House of Constantine series is an inexpensive and effective way to start your collection of graded Roman coins. Add this Roman AE3 of Emperor Crispus to your collection today!