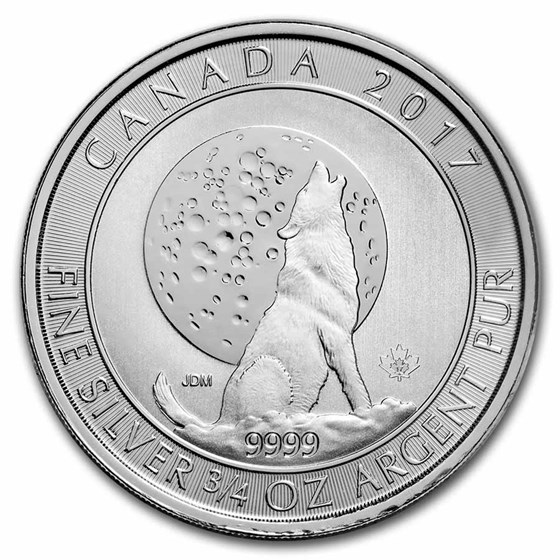 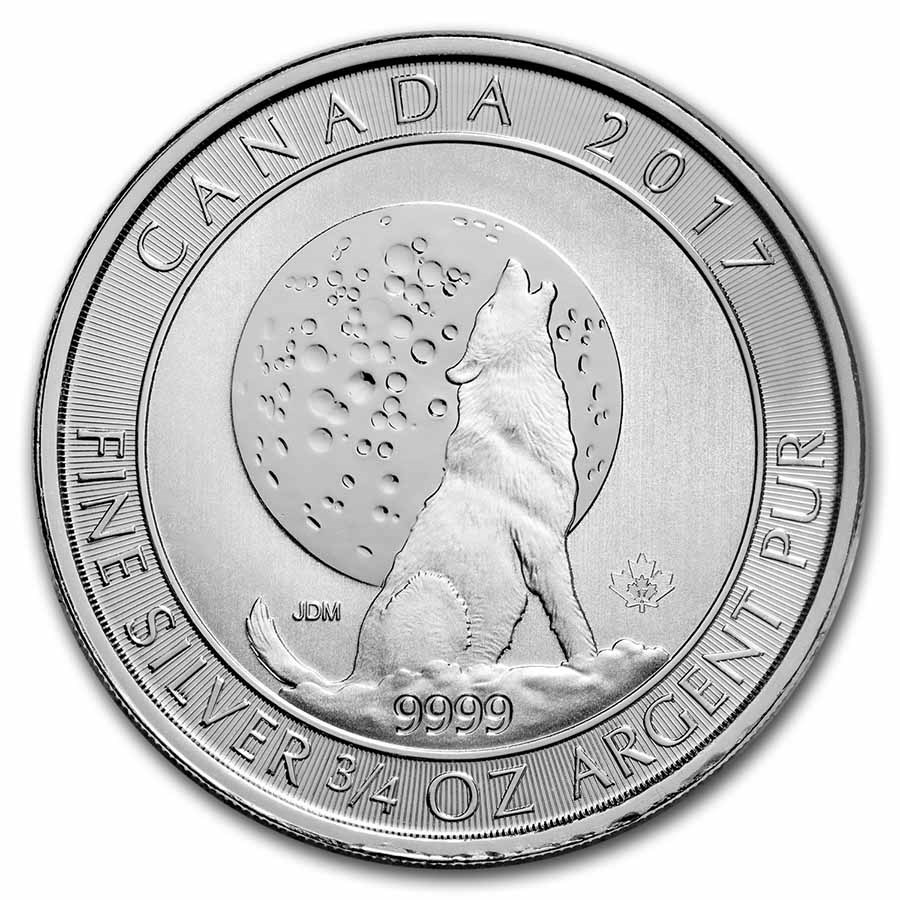 $28.99
As Low As
Product Details
Product Details
As the third release of the Royal Canadian Mint's Wolf Series, this 3/4 oz Silver Wolf Moon coin is beautifully crafted and portrays an over-sized moon rising behind the wolf as he lets out his eerie howl into the night sky.

Join the pack and add this 2017 3/4 oz Silver Howling Wolves to your collection today!

Known officially as canis lupus, the grey wolf is the largest canine species on the North American continent. Though its range once spread throughout much of the northern United States and Canada, today only 30% of the grey wolf population in the world is found in Canada, with more in the United States. Grey wolves have made a remarkable comeback from near-extinction and now live in .9999 fine Silver.