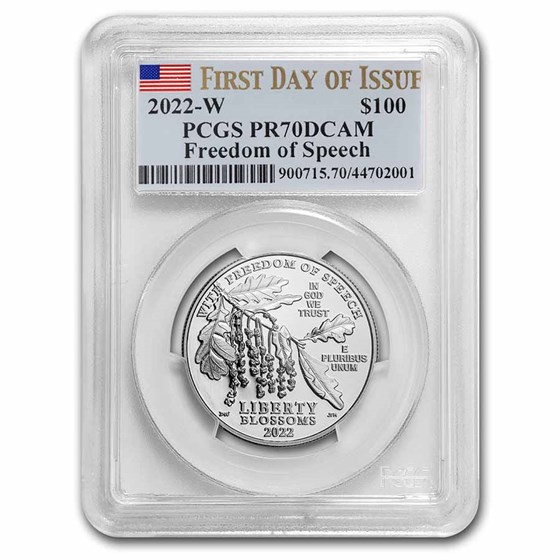 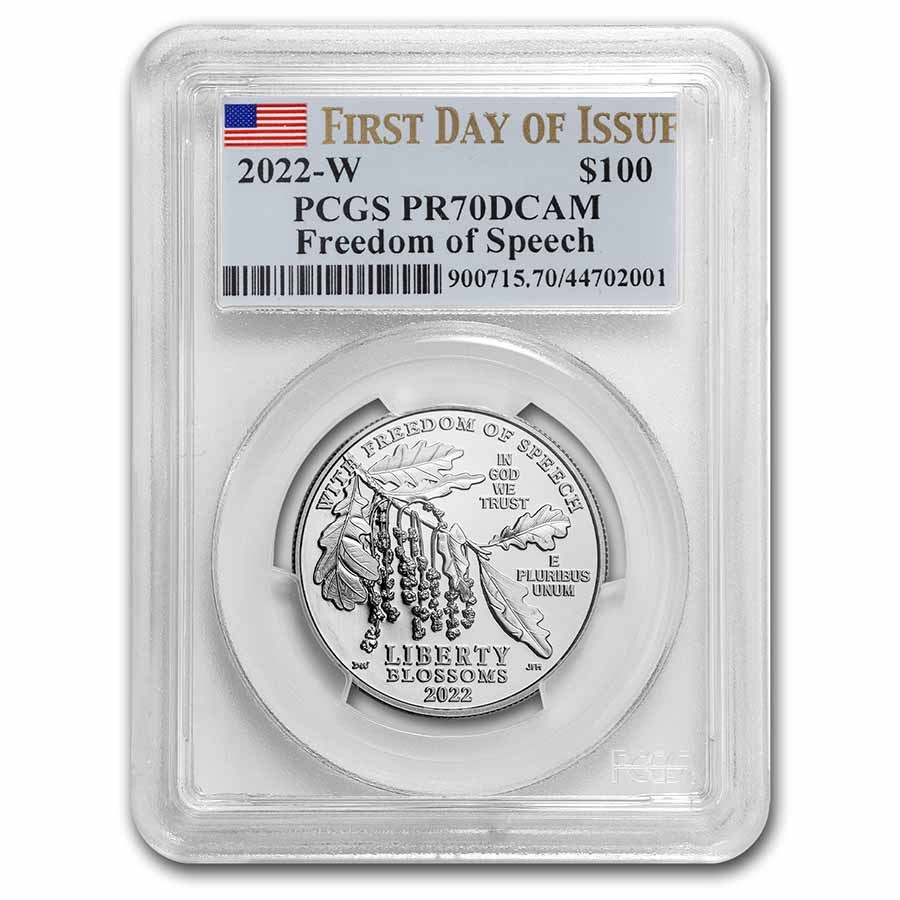 Your purchase is guaranteed to match the quality of the product shown. It will not be this exact item.
Product Details
Product Details
Part of a series commemorating the freedoms enshrined in the First Amendment, the 2022 Proof Platinum Eagle celebrates Freedom of Speech, struck in .9995 fine Platinum. This coin is graded a flawless PR-70 by PCGS with the First Day of Issue designation.

One of the most popular designs in American coinage, the Proof Platinum Eagle changes yearly, adding to its bullion appeal. Add this beautiful 2022 1 oz Proof American Platinum Eagle coin to your cart today!

New Platinum Proof Series
The five-year series (2021-2025) will reflect on the five freedoms in the First Amendment – “Congress shall make no law respecting an establishment of religion, or prohibiting the free exercise thereof; or abridging the freedom of speech, or of the press; or the right of the people peaceably to assemble, and to petition the Government for a redress of grievances.”

Inspiration and Design
This series uses the life cycle of the oak tree from seedling to a mighty oak as a metaphor for our country’s growth as a nation that values freedom. Liberty grows to a thing of strength and beauty from a seed – our Bill of Rights. Each of the freedoms enumerated in the First Amendment contributes to the growth and development of the nation.