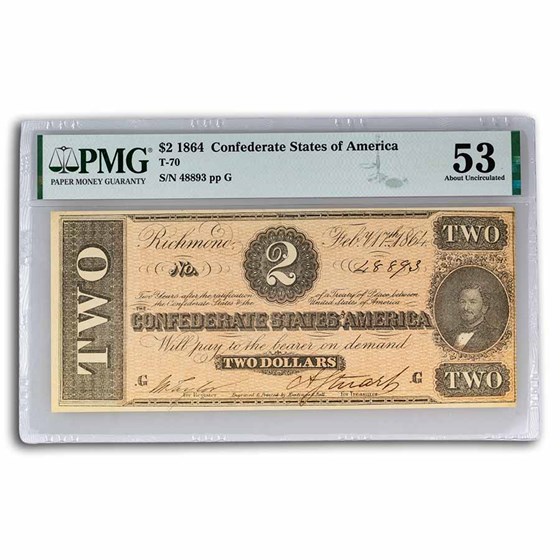 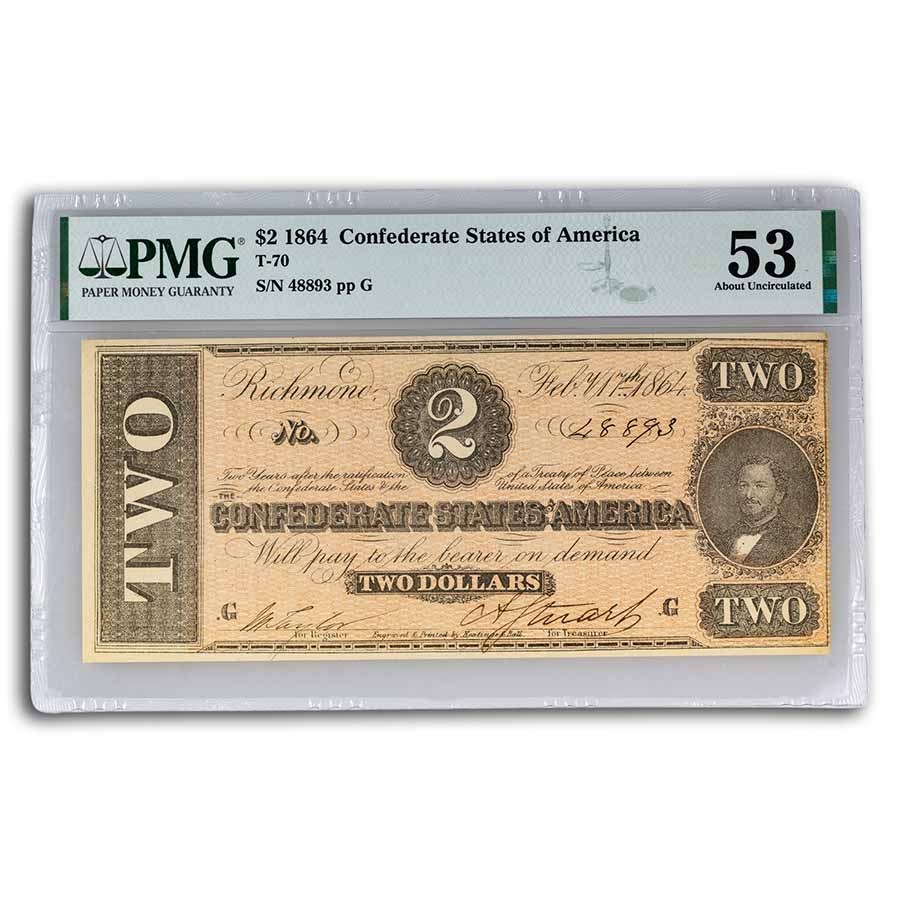 Product Details
Product Details
This series 1864 $2 note issued by the Confederate States of America ha been certified Almost Uncirculated-53 by PMG. An excellent addition to any collection!