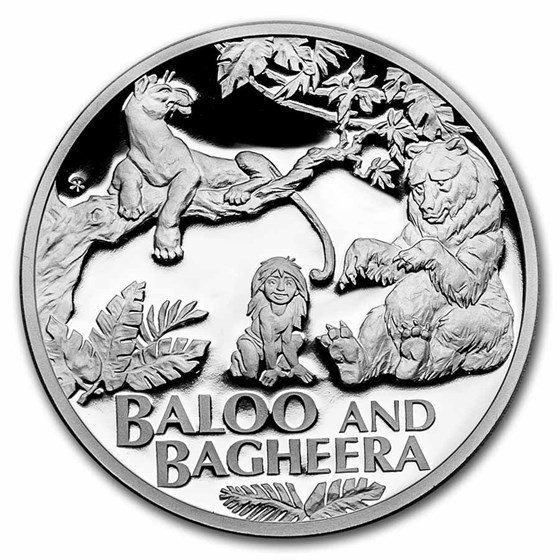 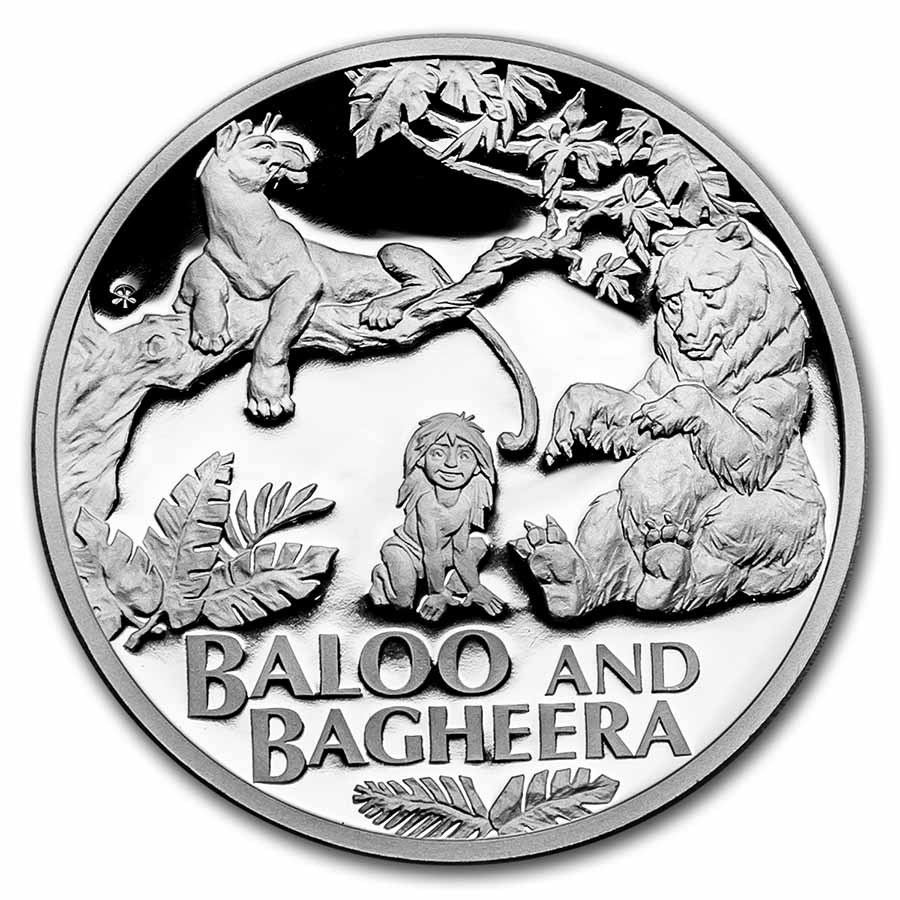 Product Details
Product Details
This Silver Proof coin is the is the second coin in The Jungle Book series. It has a limited mintage of 1,500 coins worldwide.


Handle your 1 oz Silver Jungle Book coin with care by adding these cotton gloves to your order.

A story comes to life on the coin. Add this Baloo and Bagheera Silver coin to your cart today!

The Jungle Book
This four-coin series depicts some of the favorites from the popular book, The Jungle Book. Included in this series: Mowgli and Kaa, Baloo and Bagheera, Shere Khan, and Akela. The book was written by Rudyard Kipling in 1894 and has remained popular.