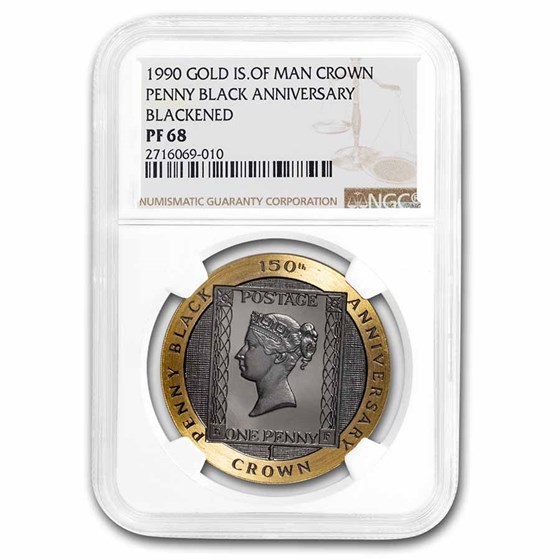 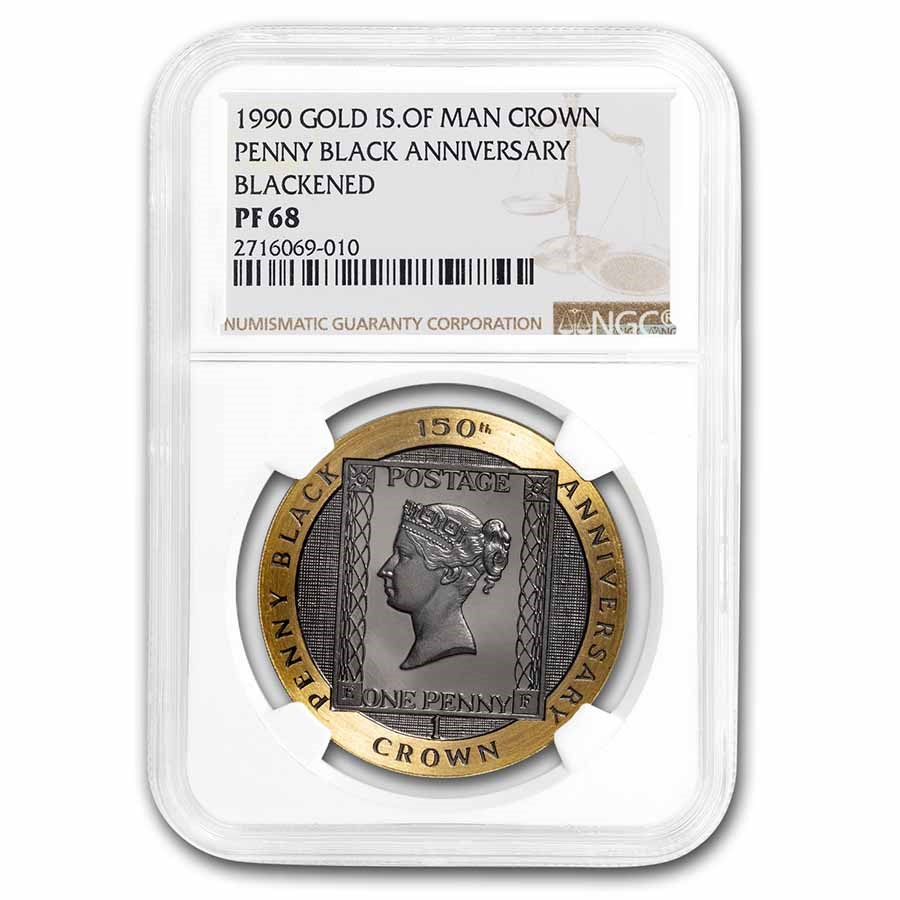 Your purchase will match the quality of the product shown.
Product Details
Product Details
The 150th anniversary of the "Penny Black," the world's first adhesive postage stamp! To celebrate, the British Isle of Man issued a Gold Proof coin that pictured the original stamp on the coin.

This coin was produced to commemorate the anniversary of the world’s first adhesive stamp which was introduced in Britain in 1840 by the famous reformer, Rowland Hill. The stamp made philatelic history, with a beautiful but simple design by Henry Corbould showing the profile of the young Queen Victoria. This stamp became popularly known the world over as the “Penny Black”.