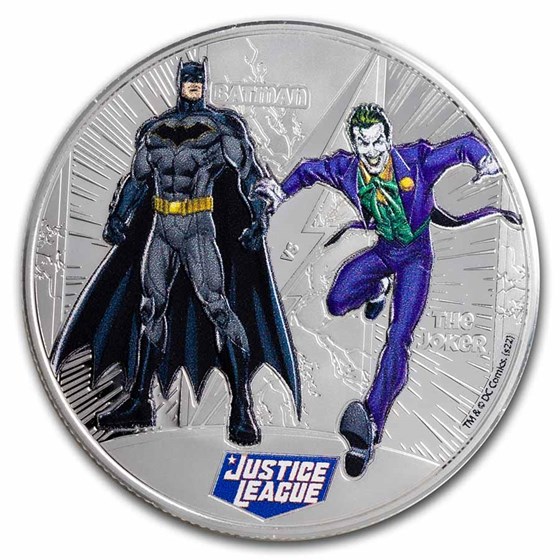 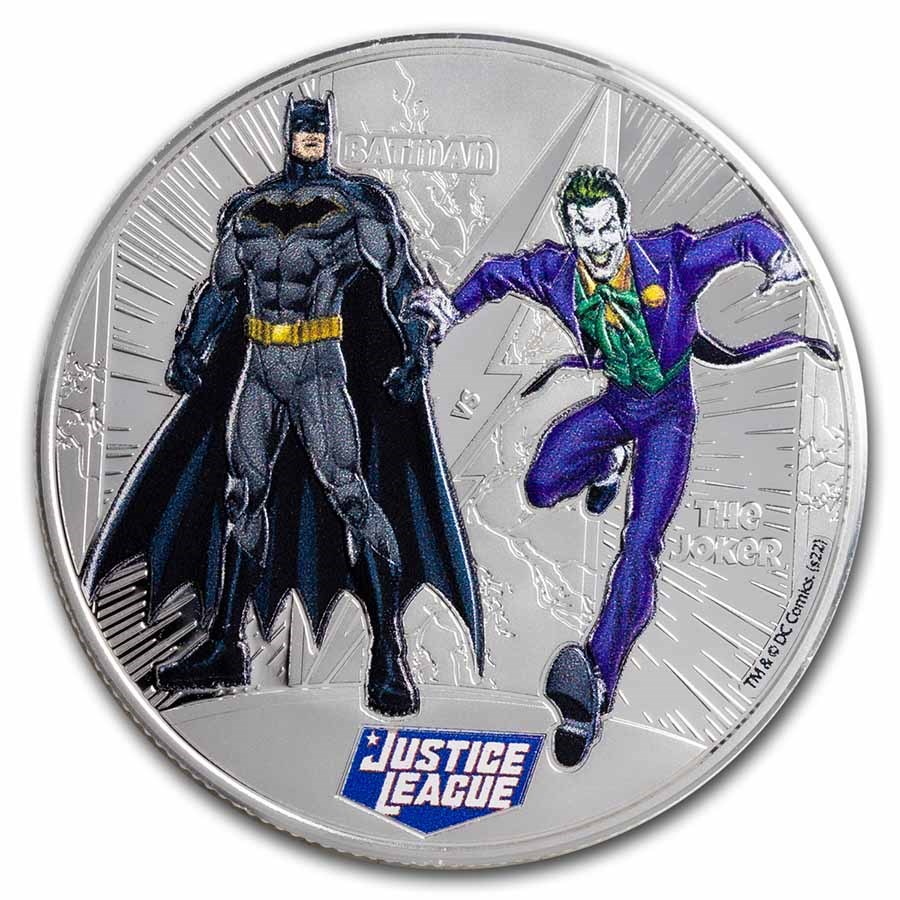 These coins feature some of the most recognized heroes. Add this Silver Batman vs. Joker coin to your cart today!