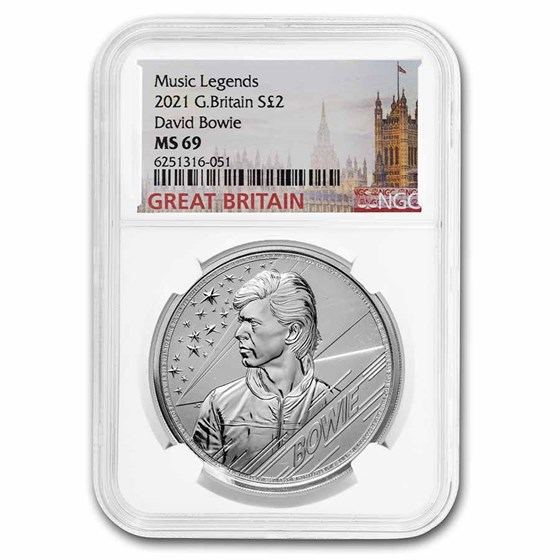 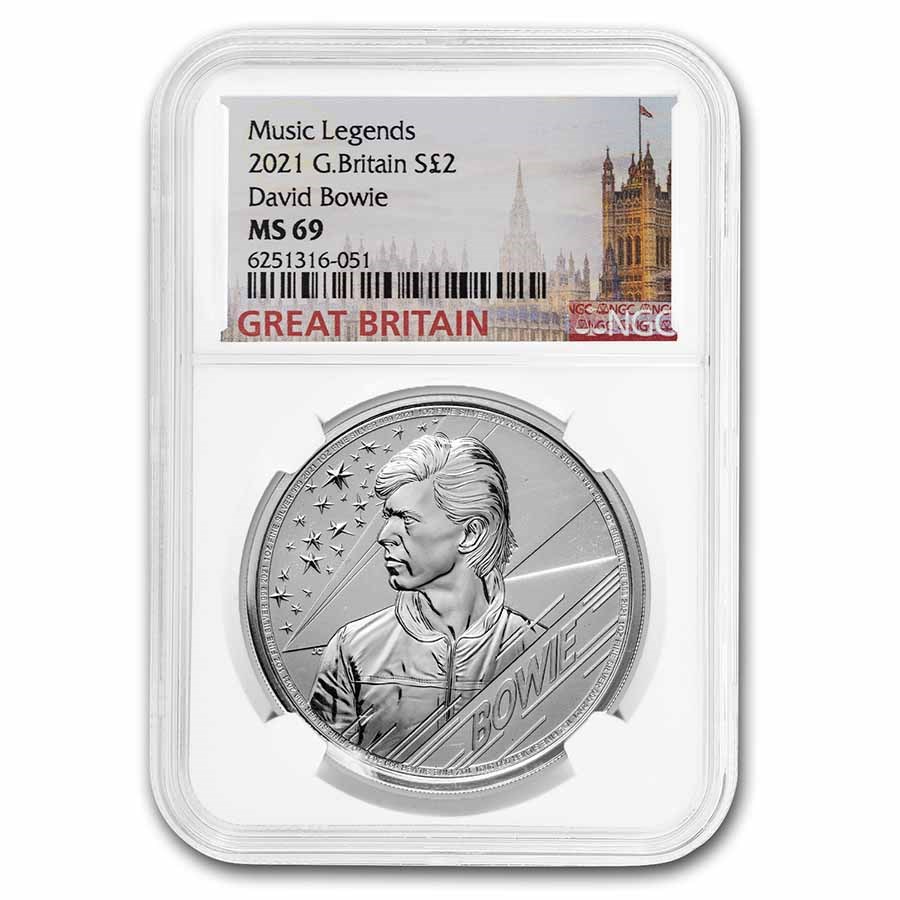 Product Details
Product Details
This is the third release from The Royal Mint featuring the most influential British Music Legends. This release celebrates the iconic legend, David Bowie, in Prooflike quality. Each coin has the added benefit of being graded by NGC.

Coin Highlights:
Protect your capsule from marring during handling by adding these cotton gloves to your order.

Celebrate the life of this music legend by adding one of these spectacular, Prooflike 2021 GB 1 oz Silver Music Legends: David Bowie MS-69 NGC coins to your cart today!

The Royal Mint Music Legends Series
The wildly popular Music Legends series from The Royal Mint showcases Great Britain's diverse musical heritage through unique reverse designs. Other releases in the series include Queen, Elton John and The Who coins in a variety of sizes, finishes and metals. These releases are officially licensed and make the perfect gift for investors and collectors alike.