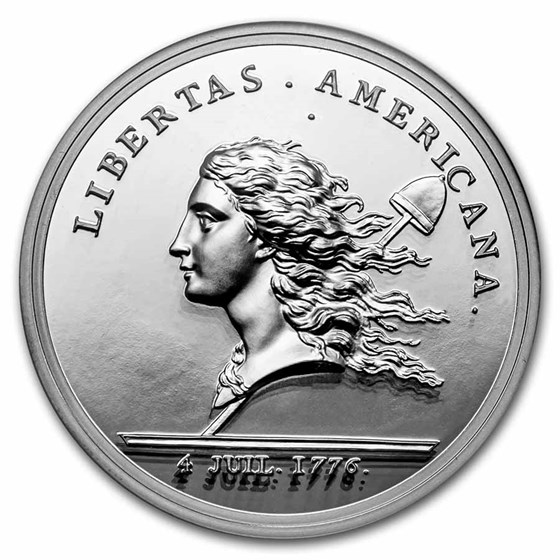 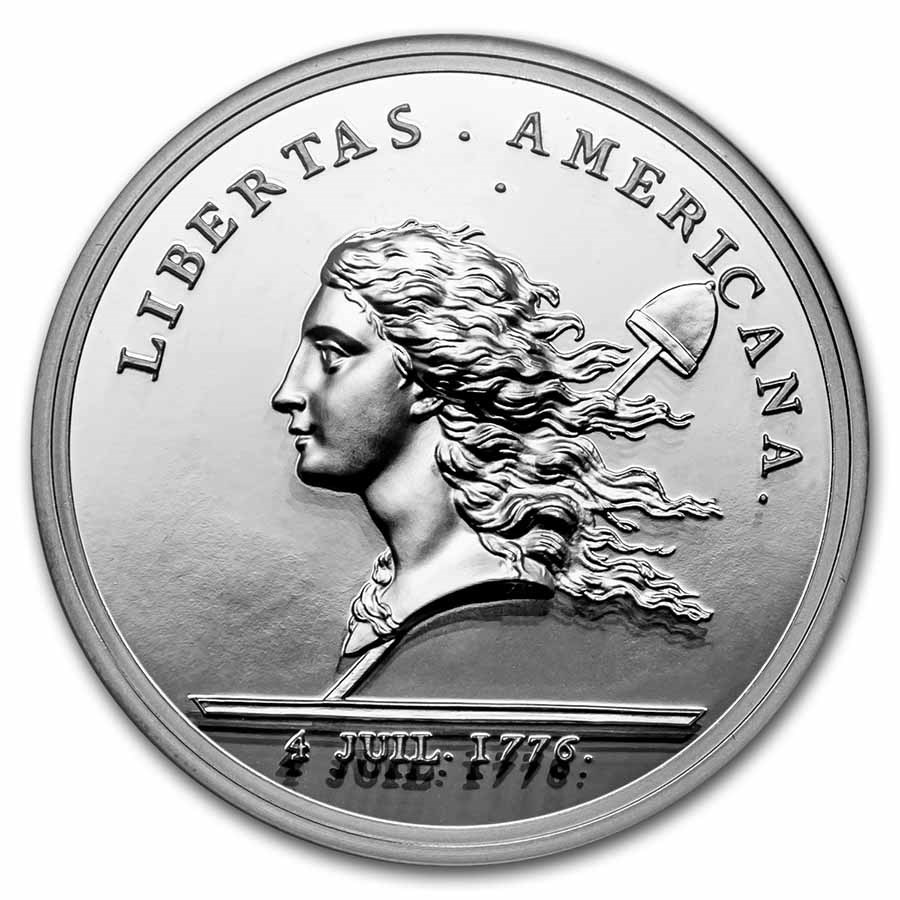 Your purchase will match the quality of the product shown.
Product Details
Product Details
Commemorating the 230th anniversary of the ratification of the Peace Treaty between the United States and Great Britain, the Paris Mint created a new issue of the infamous Libertas Americana medal.

Coin Highlights:
Protect and display your 2014 5 oz Silver HR Libertas Americana medal in style by adding an attractive display or gift box to your order.

Originally created under the direction of Benjamin Franklin after the Yorktown victory, the medal would serve as a commemoration to that victory and later would be used in early American coinage. Add this stunning 2014 5 oz Silver HR Libertas Americana PF-69 UCAM NGC commemorative medal to your cart today!