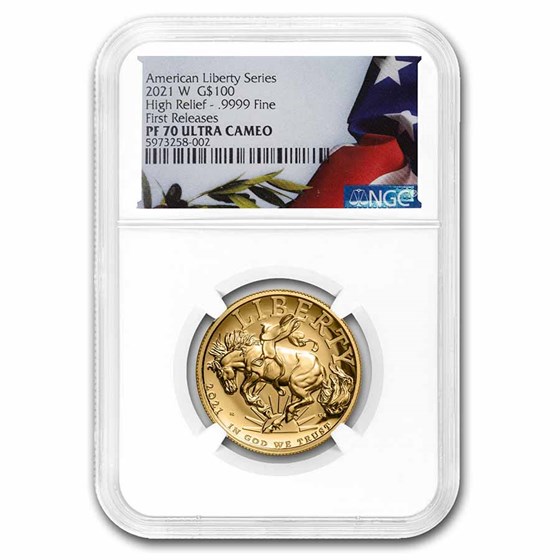 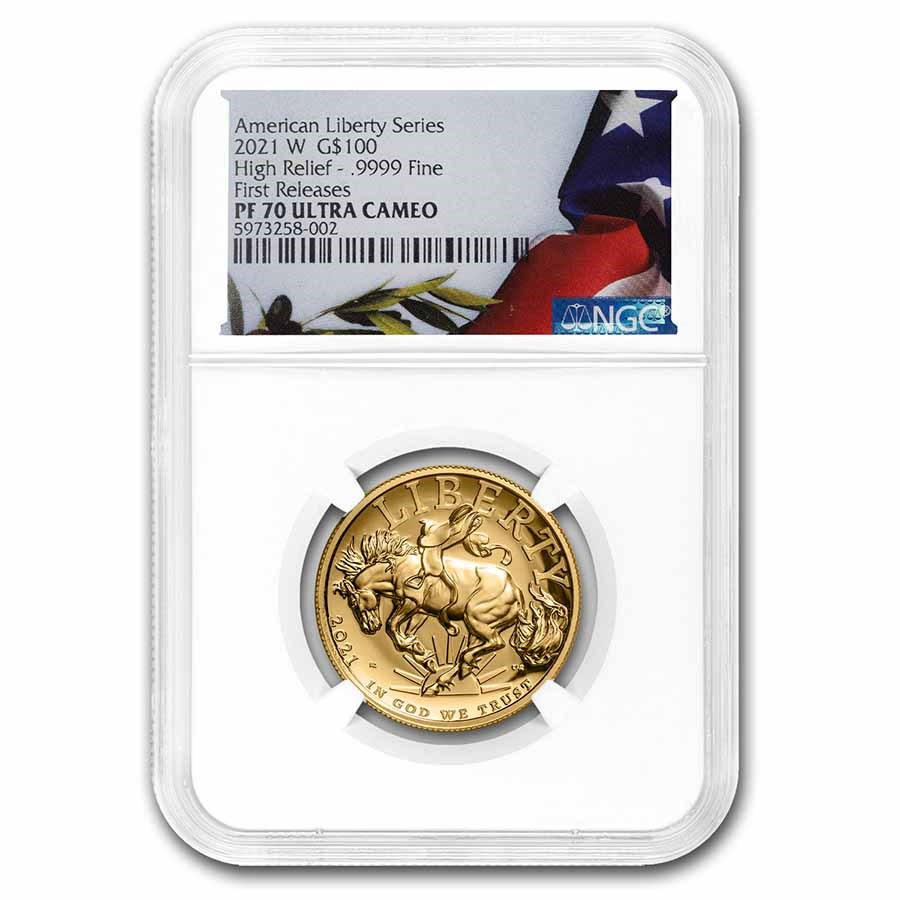 Your purchase is guaranteed to match the quality of the product shown. It will not be this exact item.
Product Details
Product Details
New for 2021, the American Liberty Gold Proof Coin offers a different interpretation—a bold and breathtaking representation of the determination and power of the passion for American liberty. This example has been certified a perfect PF-70 UCAM by NGC.

This exciting and highly sought after release from the U.S. Mint is a great addition to any collection. Enhance your collection by adding the 2021-W High Relief American Liberty Gold coin to your cart today!

NGC Certification
APMEX offers customers NGC graded coins to provide the highest quality additions to their collections. NGC is the only independent third-party grading service that works with the Smithsonian National Museum of American History, which is dedicated to the long-term preservation of historical coins. Each encapsulated coin is placed in a tamper-evident holder that protects and certifies the coin's authenticity and condition. These graded pieces can increase demand for the coins because their quality assurance is enhanced after the official grading process.

American Liberty Gold Coin Program
Beginning in 2015, the U.S. Mint launched the American Liberty series in 24-karat, but with a modern twist that would come to celebrate today's interpretations and concept of liberty and freedom. Each obverse design would feature a unique version of liberty while the reverse would proudly depict a contemporary design of an American eagle.