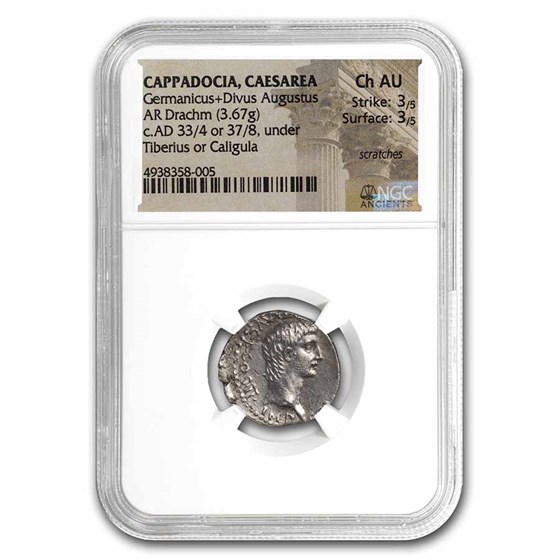 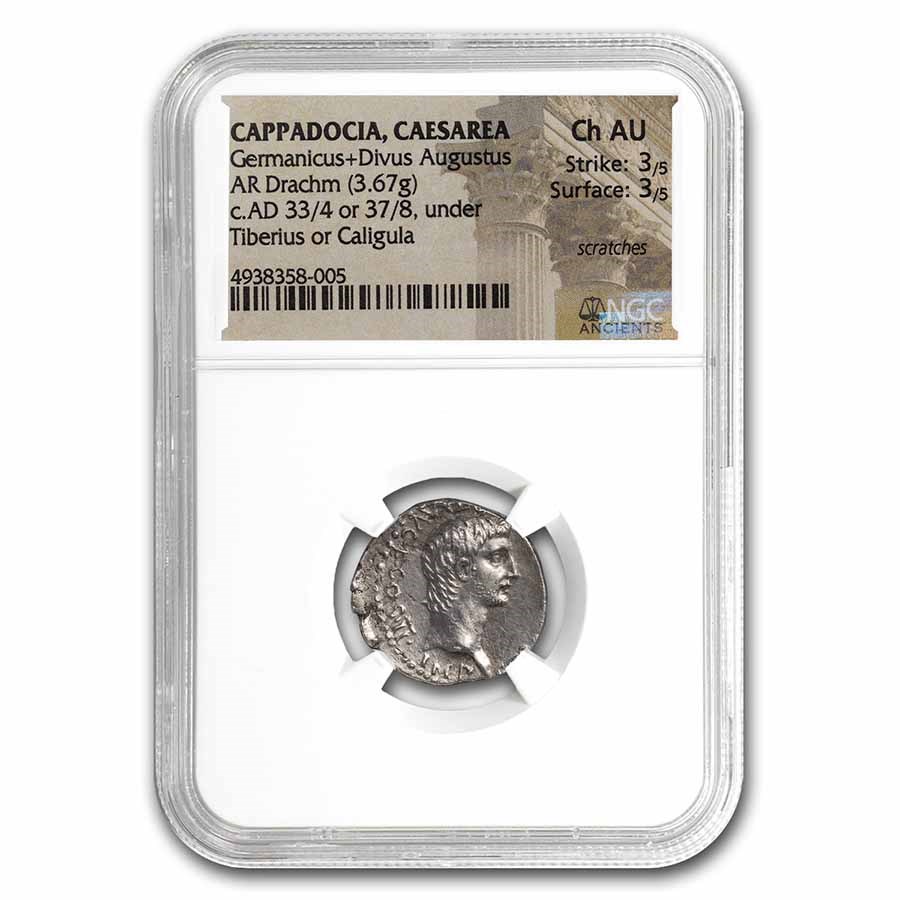 Your purchase will match the quality of the product shown.
Product Details
Product Details
Augustus would eye Germanicus as his successor for much of his reign though the succession would be robbed when Germanicus died in Antioch in 19 AD possibly because of poison.


Protect and display your Roman coin in style by adding an attractive display or gift box to your order.

Add this Roman Coin to your cart today!