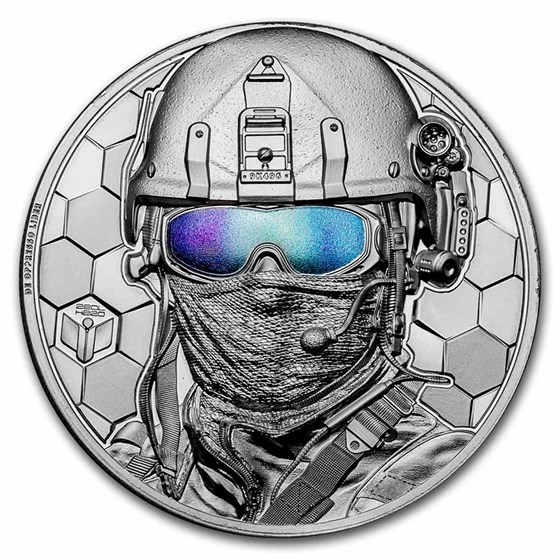 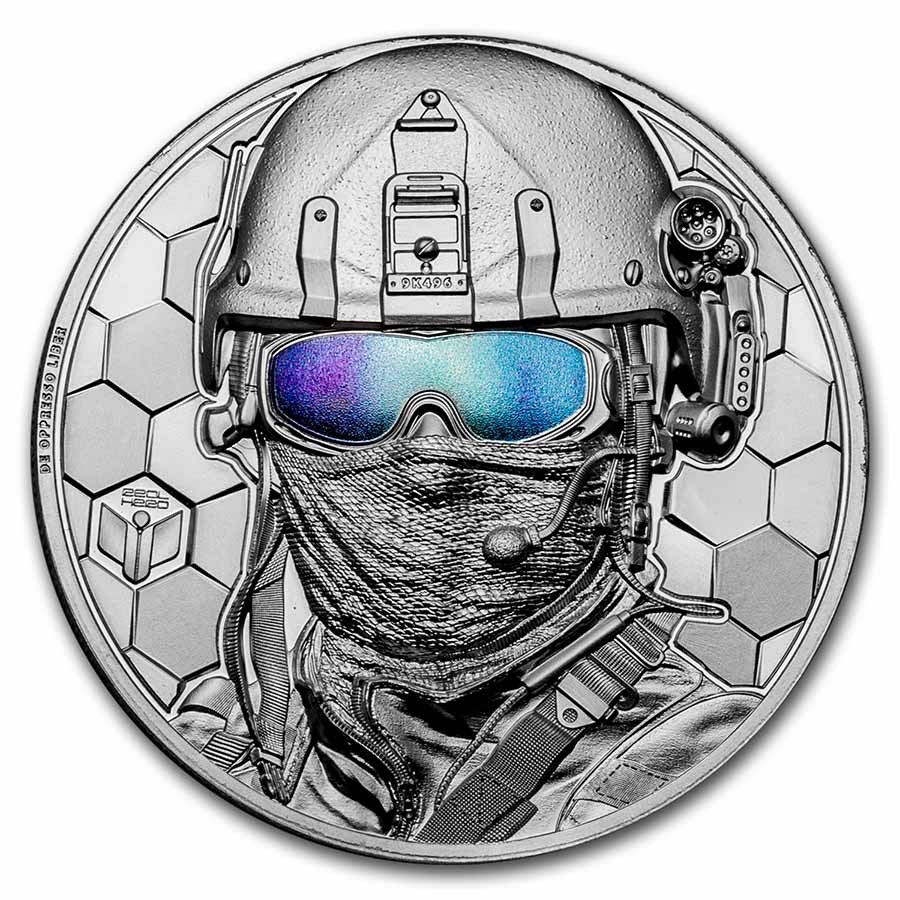 Product Details
Product Details
This stunning Proof coin is a part of the third release in the "Real Heroes" series, paying tribute to those that serve in the military special forces. It has a limited mintage of only 199 pieces.

You don't want to miss out on this special coin. Add this unique numismatic Platinum coin to your cart today!

Real Heroes Series
This series honors individuals who have dedicated their passion, skills and lives to their jobs. The series began with the release of the Silver Fighter Pilot, which sold out in record time warranting a third release in three amazing elite versions.

CIT Gold Coins
Coin Invest Trust (CIT), located in the small European country of Liechtenstein, produces Silver coins for countries around the world. Since its founding in 1970, this company has gained an outstanding worldwide reputation for its innovative and revolutionary coins of premium quality. Smartminting© technology, developed by CIT in 2016, pushes the boundaries of the standards in the commemorative coin industry. This technology enables CIT to strike coins in higher relief without the need for additional metal and can increase the surface area of a coin by as much as 183%.