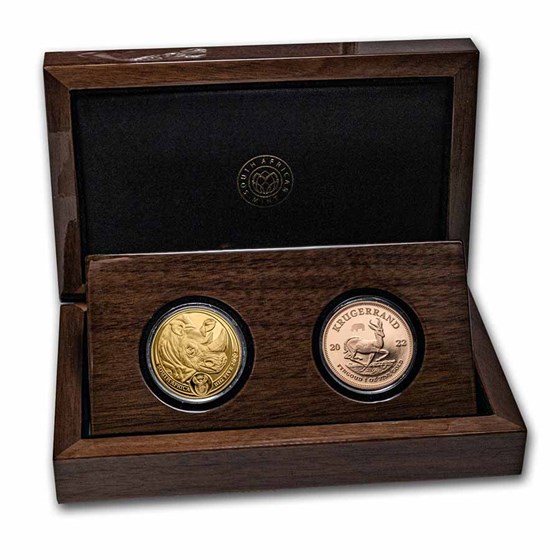 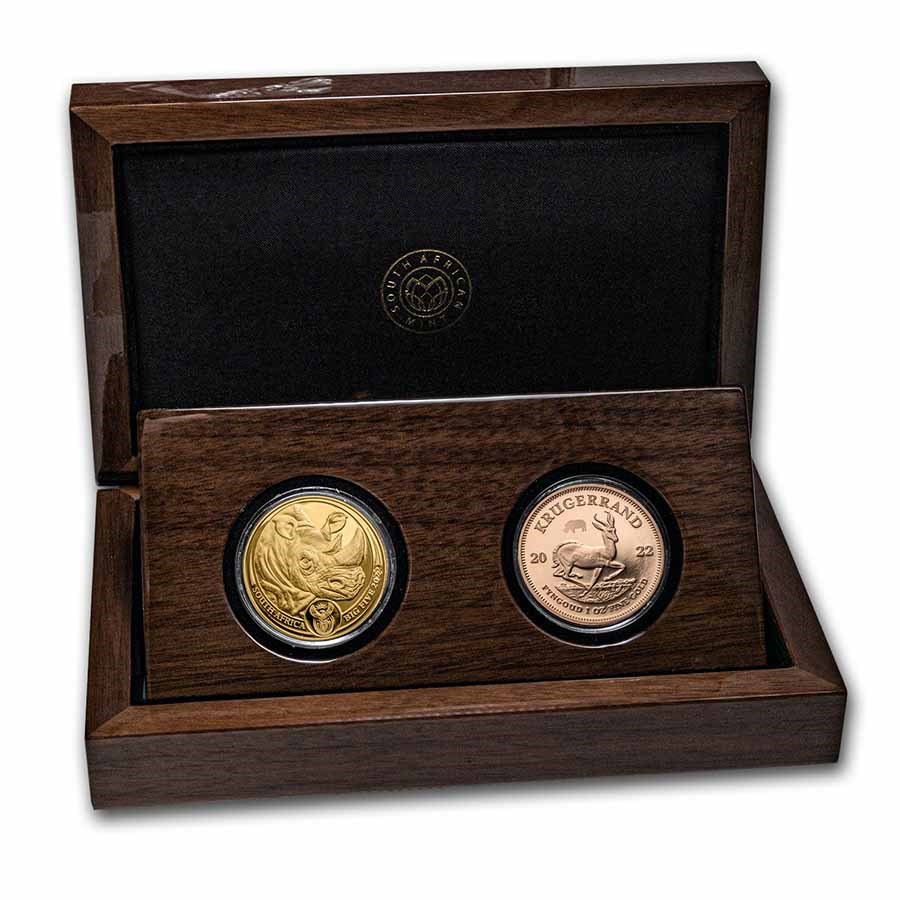 Your purchase is guaranteed to match the quality of the product shown. It will not be this exact item.
Product Details
Product Details
This amazing set has a mintage of only 100 worldwide. The set includes the third release of a series by the South African Mint, The Big Five Series 2 and a Gold Proof Krugerrand with a rhino privy.

This set is a great way to purchase the third coin in Series 2 as well as the famous Krugerrand. Add this 2022 South Africa two-coin Gold Krugerrand and Rhino Proof set to your cart today!