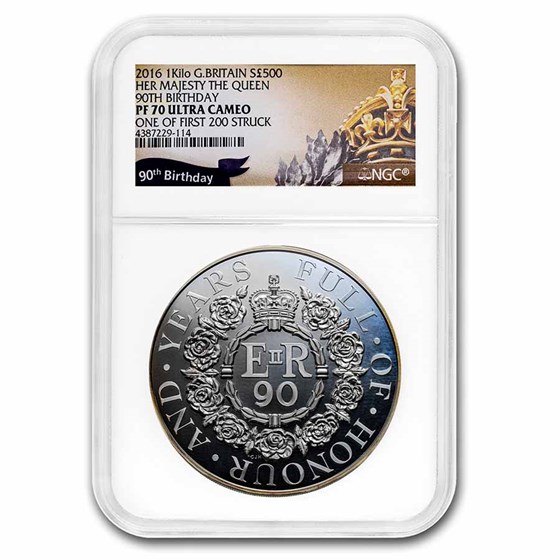 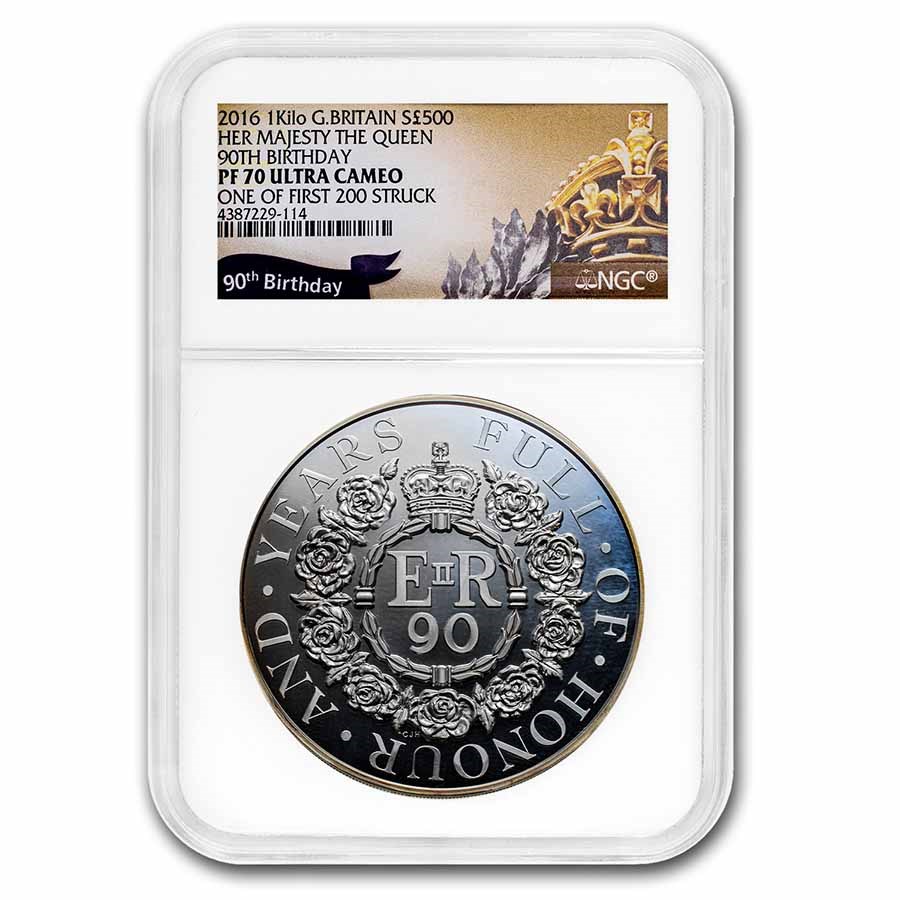 Your purchase will match the quality of the product shown.
Product Details
Product Details
This Proof Silver kilo coin honors of Her Majesty The Queen's 90th birthday. This coin is certified by NGC PF-70 Ultra Cameo and is one of the first 200 struck.

The Queen's Beast Series
This 10-coin series began in 2016 with the introduction of the Lion in 1 oz .9999 fine Gold and 2 oz .9999 fine Silver. Since the first release, the series has been popular among investors and collectors alike, and has expanded to include bullion coins in 1 oz Platinum and 10 oz Silver, as well as Gold and Silver Proof releases in a variety of sizes. The reverse of each release features one of the 10 famous beasts.

The Queen's Beast History
The 10 fantastical creatures represented in this collector-favorite series recognize the famous statues which were present during the coronation ceremony of Queen Elizabeth II in Westminster Abbey in 1953. Each statue, created of plaster by James Woodford, was 6-feet tall and symbolized the heritage and history that Queen Elizabeth II inherited upon her coronation. Today, the original plaster statues have a permanent home in Quebec's Canadian Museum of History and stone replicas can be visited in the United Kingdom's Kew Gardens. These 10 statues include: