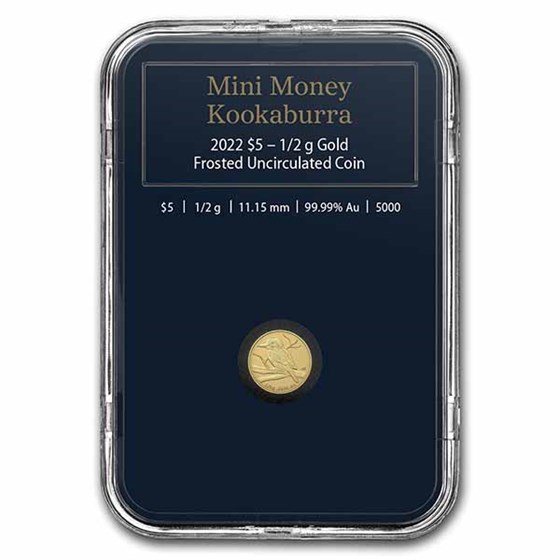 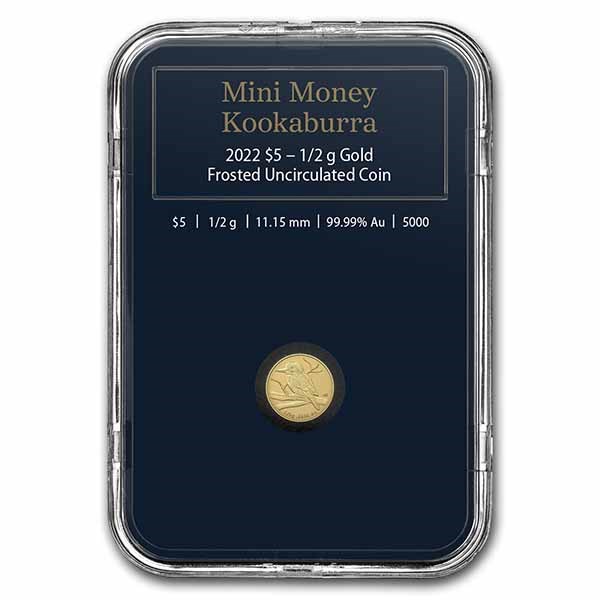 Product Details
Product Details
The Royal Australian Mint's mini money series continues with the second release, featuring the Kookaburra. There is a limited mintage of 5,000 coins in this .9999 fine, 1/2 gram Gold size, packaged in a capsule inside a display case.