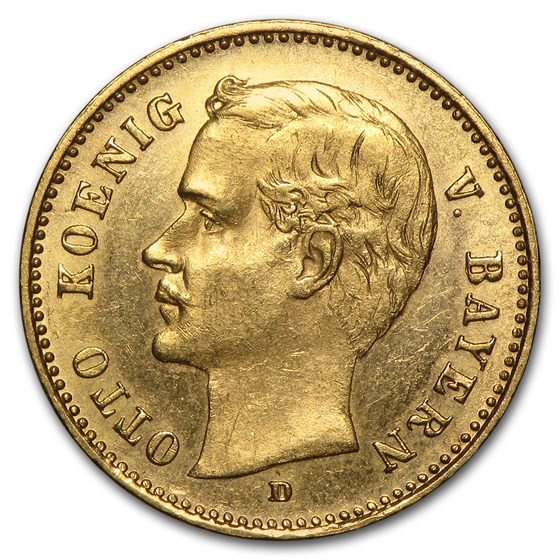 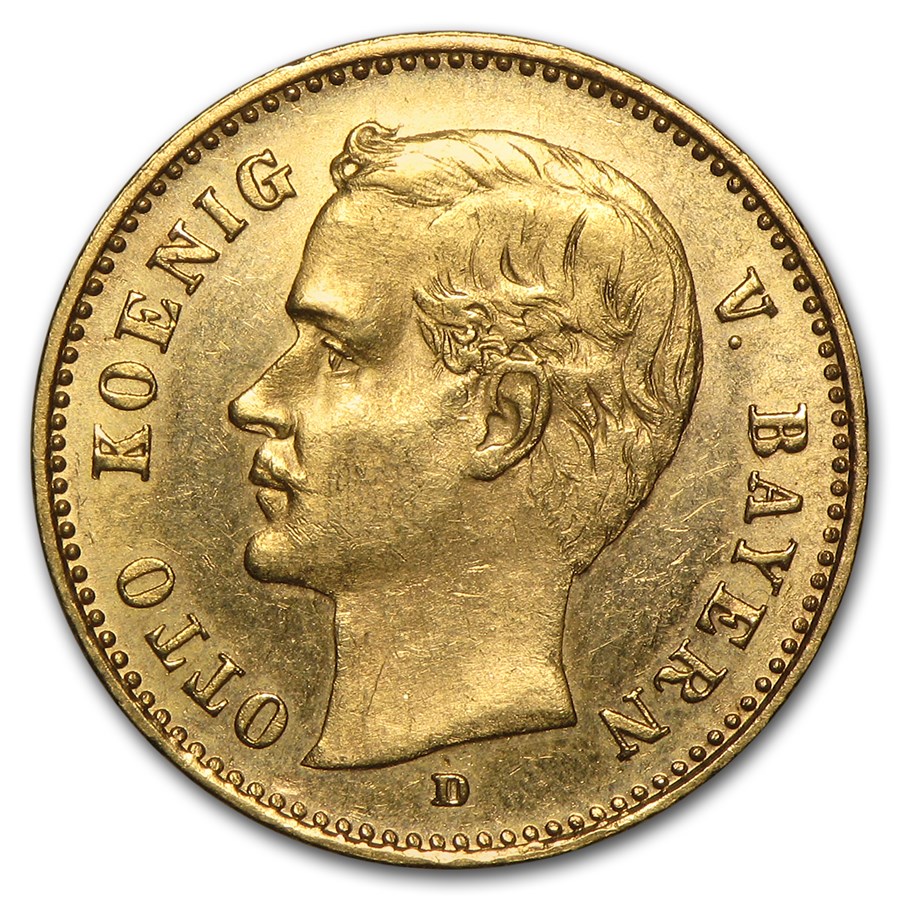 $1,936.69
As Low As
Product Details
Product Details
Otto was King of Bavaria from 1886 to 1913. However, he never actively reigned due to severe mental illness. His uncle and cousin served as regents. In 1913 his cousin Ludwig dethroned him a day after the legislature passed a law allowing him to do so.

Add one of these hard to find German Empire Gold coins from the State of Bavaria to your cart today!
Related Searches