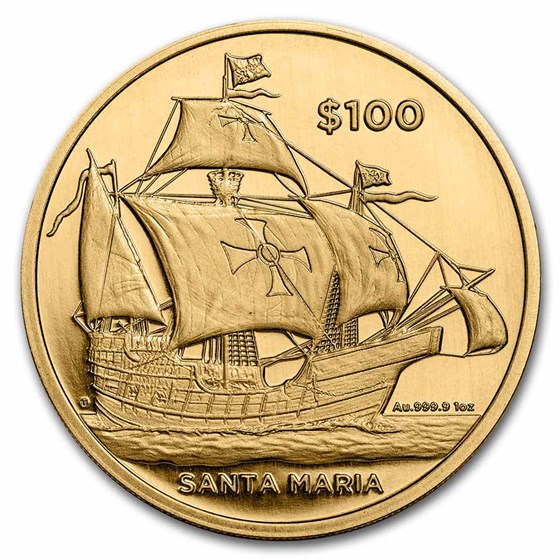 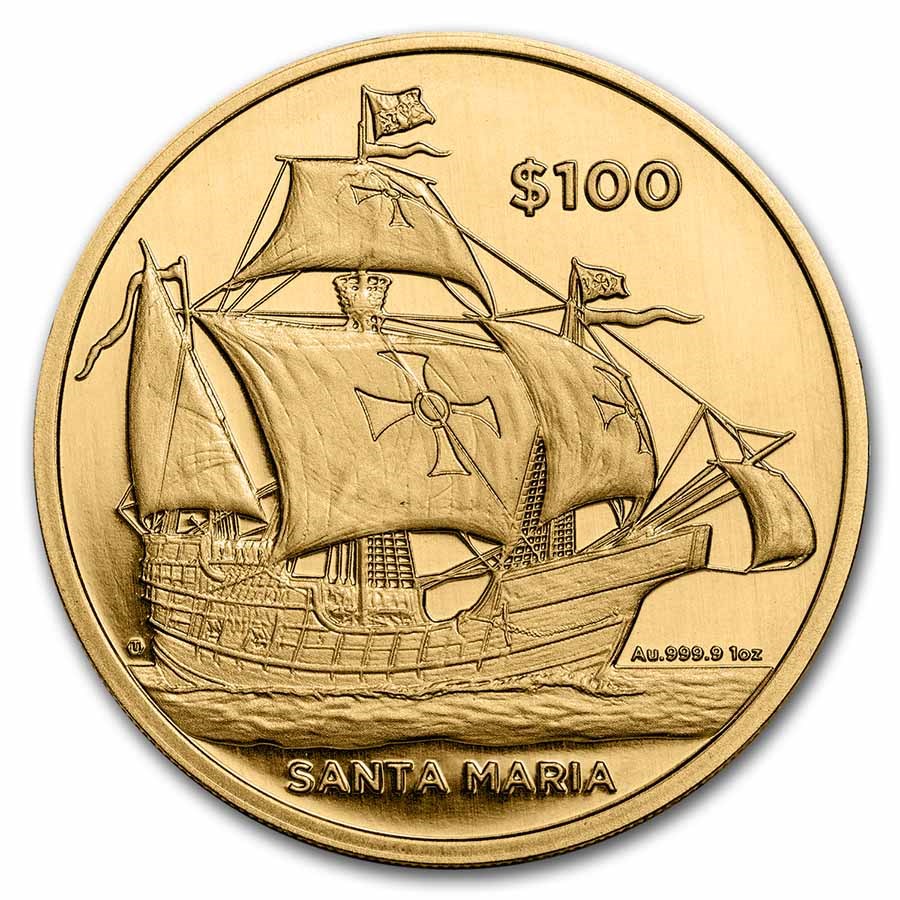 1 oz Gold Bar - Lunar Year of the Rabbit Argor-Heraeus (As...

Product Details
Product Details
The third release in our popular ship bullion coin series comes with an extremely limited mintage of only 100 coins worldwide. It features the Santa Maria, the historic flagship of Christopher Columbus.

Protect and display your Gold Santa Maria Reverse Frosted BU coin in style by adding an attractive display or gift box to your order.

This coin would be a great addition to any coin collection. Own the third release of this exciting bullion series minted for the British Virgin Islands by adding this stunning 1 oz Gold Santa Maria Reverse Frosted BU coin to your cart today!

Santa Maria History
The Santa Maria is one of the most well-known ships in history, having participated in the legendary Christopher Columbus expedition that sailed across the Atlantic Ocean.

Along with the Niña and Pinta, the Santa Maria set sail in 1492 from Spain. Intended to be the flagship with personal quarters for Columbus, the ship was 70 feet long and carried up to 40 crewmen. A carrack design, or a 3- to 4-masted sailing ship, created this payload capacity and made it ideal for its ocean-going mission. Unfortunately, it met its end when it was run aground on a reef in the Caribbean. The vessel was subsequently partially dismantled to build a fort for the crew and the rest was left abandoned, never to be found. Many have claimed to know the ship's location, but these claims have remained unsubstantiated.