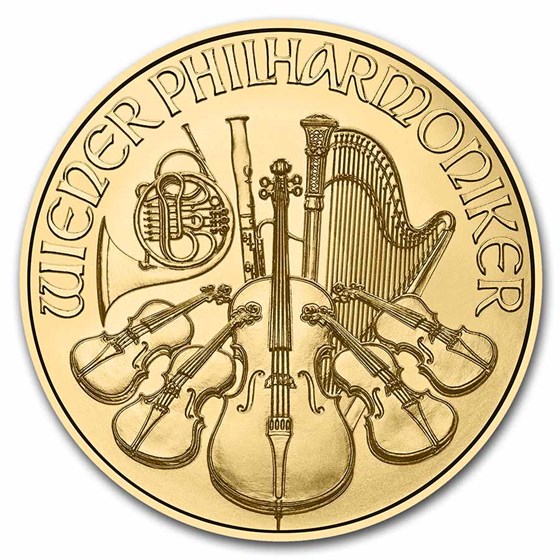 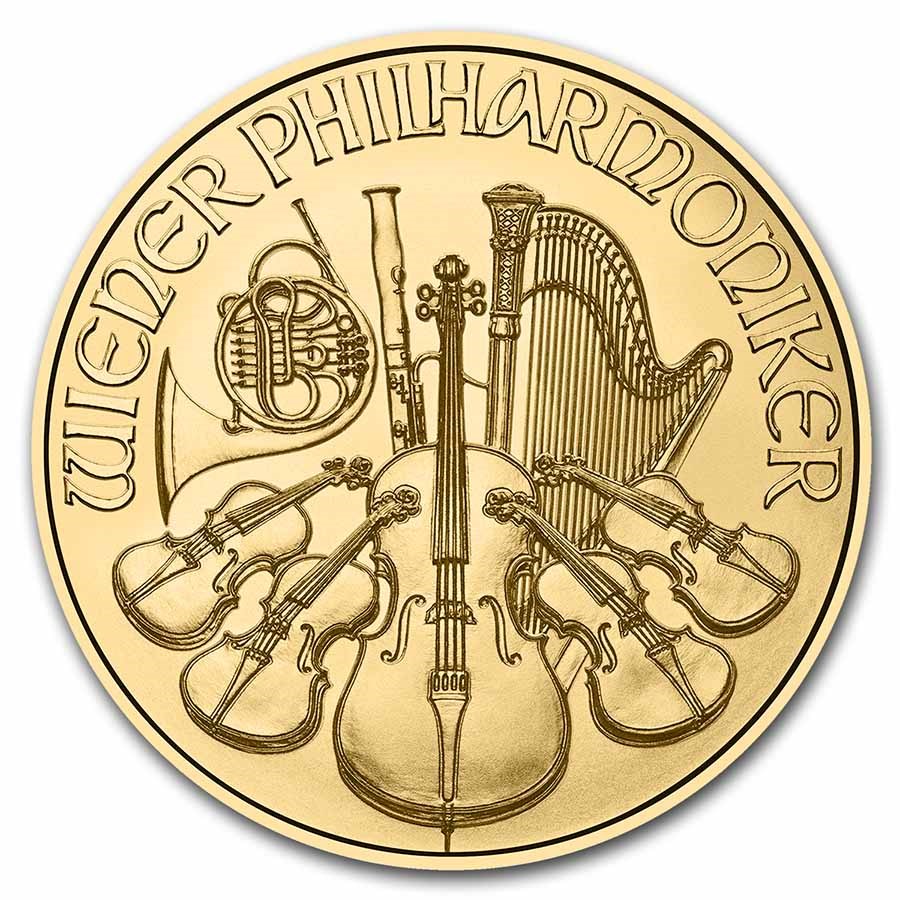 Product Details
Product Details
As low as $79.99 per coin over spot
Created as a tribute to the illustrious Vienna Philharmonic Orchestra, the Austrian Gold Philharmonic coins are world-renowned and beloved by many investors and collectors. The 2023 Austrian Philharmonic Gold coin is the latest edition in this series.

The 1 oz Gold Philharmonic coin embodies two common themes in humanity: beauty and music. Both sides of the Gold Philharmonic feature beautifully detailed musical instruments that not only represent music in general, but also pay tribute to the famous Vienna Philharmonic Orchestra.

Add the 2023 Gold Austrian Philharmonic to your cart today!

Gold Philharmonic Series
First minted in 1989, The Austrian Gold Philharmonic bullion coins were created to pay homage to the famous Vienna Philharmonic, one of the world's most well-known orchestras. This coin was minted with a face value of 2,000 schillings until it was changed to €100 in 2002. Gold Philharmonics now include a variety of fractional sizes in addition to the 1 oz coin, and also include Silver and Platinum versions of these coins. On the 20th anniversary of the series, The Austrian Mint introduced a 20 oz .9999 fine Gold Philharmonic.

Gold Philharmonic Design
Since its inception, the Gold Philharmonic has recreated the artwork of the great pipe organ in the Vienna Musikverein's Golden Hall on the obverse and a variety of instruments on the reverse. The reverse depicts the cello, violin, harp, Vienna horn and bassoon.