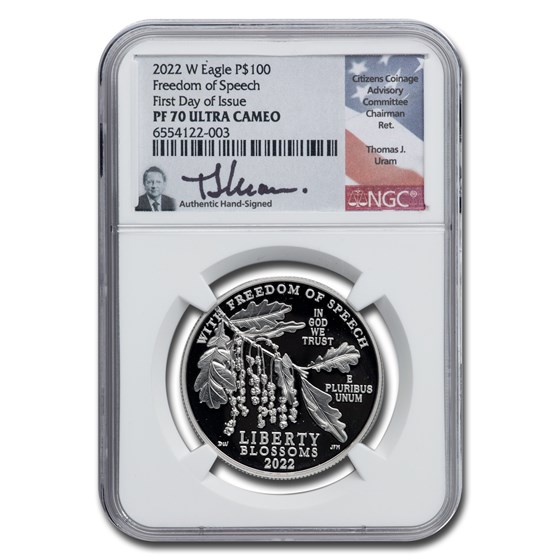 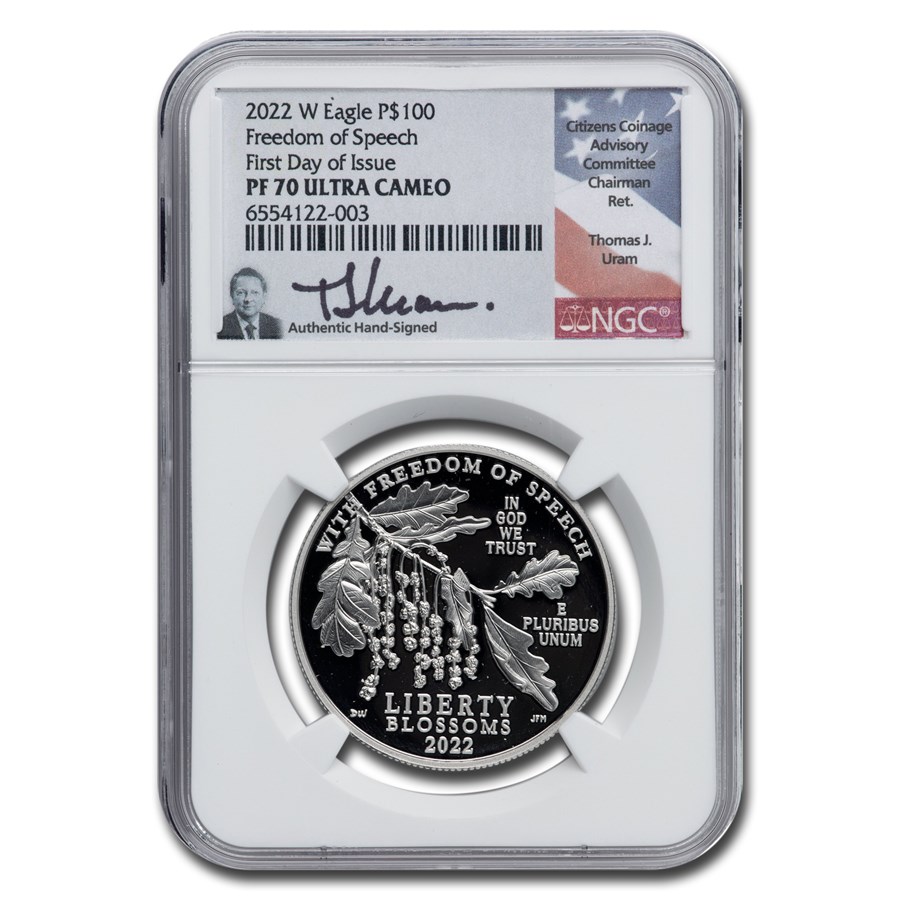 Your purchase will match the quality of the product shown.
Product Details
Product Details
Part of a series commemorating the freedoms enshrined in the First Amendment, the 2022 Proof Platinum Eagle celebrates Freedom of Speech, struck in .9995 fine Platinum. This coin is graded a flawless PF-70 by NGC.