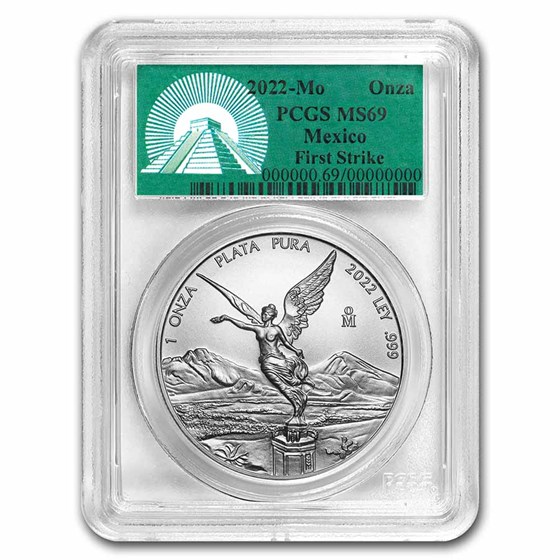 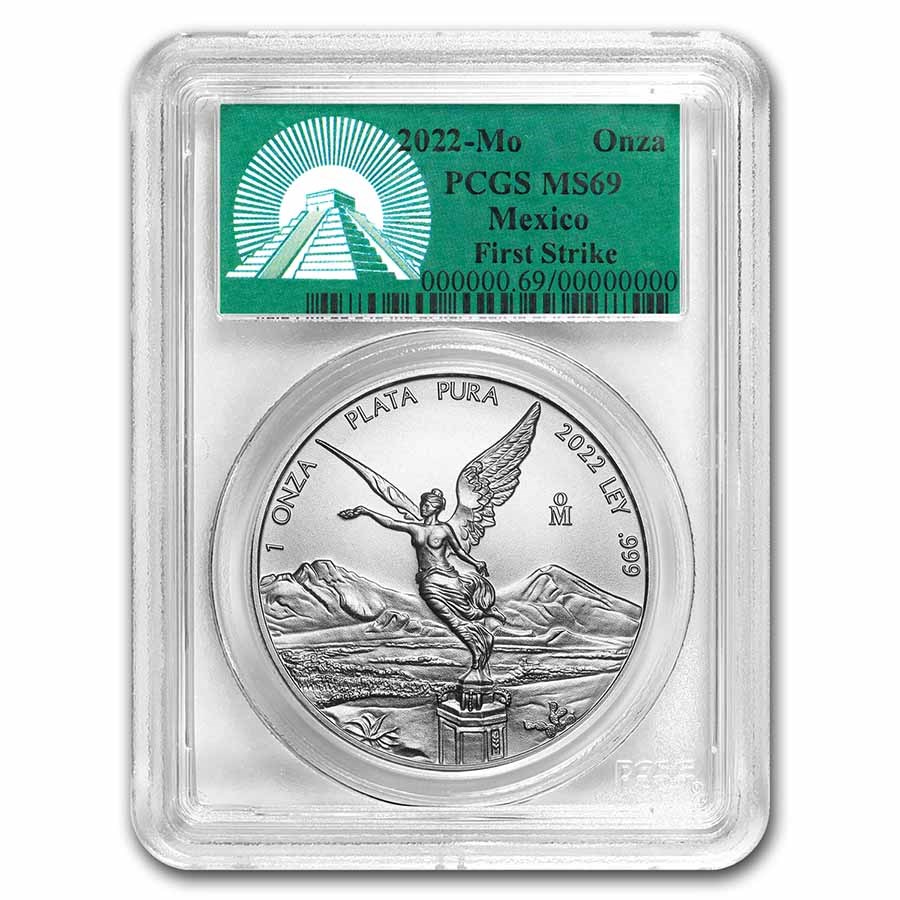 Product Details
Product Details
This 2022 Mexican Silver Libertad appeals to collectors and investors alike for its beauty and purity, and this coin is graded a near-perfect MS-69 by PCGS with a First Strike designation.

This magnificent 1 oz Silver coin is a popular choice not only because of its attractive design, but also its mintage at Casa de Moneda de México, the oldest mint in North America. Add this 2022 1 oz Silver Mexican Libertad coin in MS-69 condition to your cart today!

Mexican Silver Libertads
The 1 oz Silver Libertad Brilliant Uncirculated coin was first introduced in 1982, and has been produced annually since its introduction. The coins are produced at La Casa de Moneda de México, the oldest mint in North America. Each year of release has varying mintages, typically much lower than other bullion counterparts, which adds to the collectibility of the Libertad series. These Silver coins have been introduced in different sizes and finishes, but the 1 oz Silver Libertad remains a classic choice for investors.

Certified Silver Libertads are also popular with collectors, as they offer the beauty and limited mintages that the 1 oz Silver Libertads offer, but also include additional certification of the near perfect MS-69 grade of the coin. They are authenticated by PCGS, one of the top grading services in the industry. There is a limited quantity of coins available in this PCGS-certified version, adding even more collectibility to the coin.

Mexican Mint
The Libertads are produced at La Casa de Moneda de Mexico (Mexican Mint), the oldest mint in North America. It is also the national mint of Mexico, first established in 1535. The Bank of Mexico is Mexico's central bank, and is the Mexican Mint's largest client, producing circulating coinage and currency for the country, as well as Precious Metal coins. The Mexican Mint is located in Mexico City.