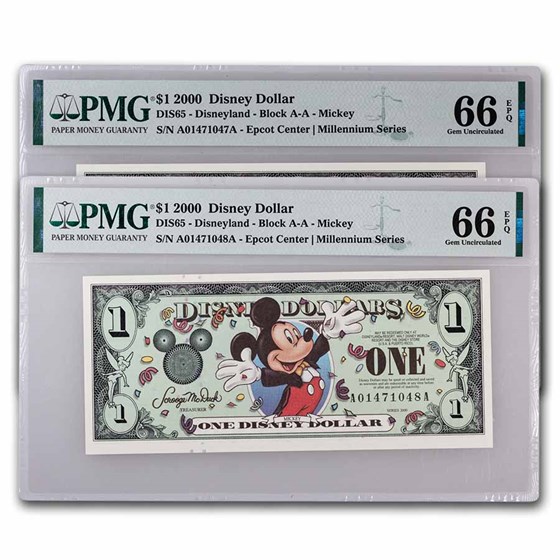 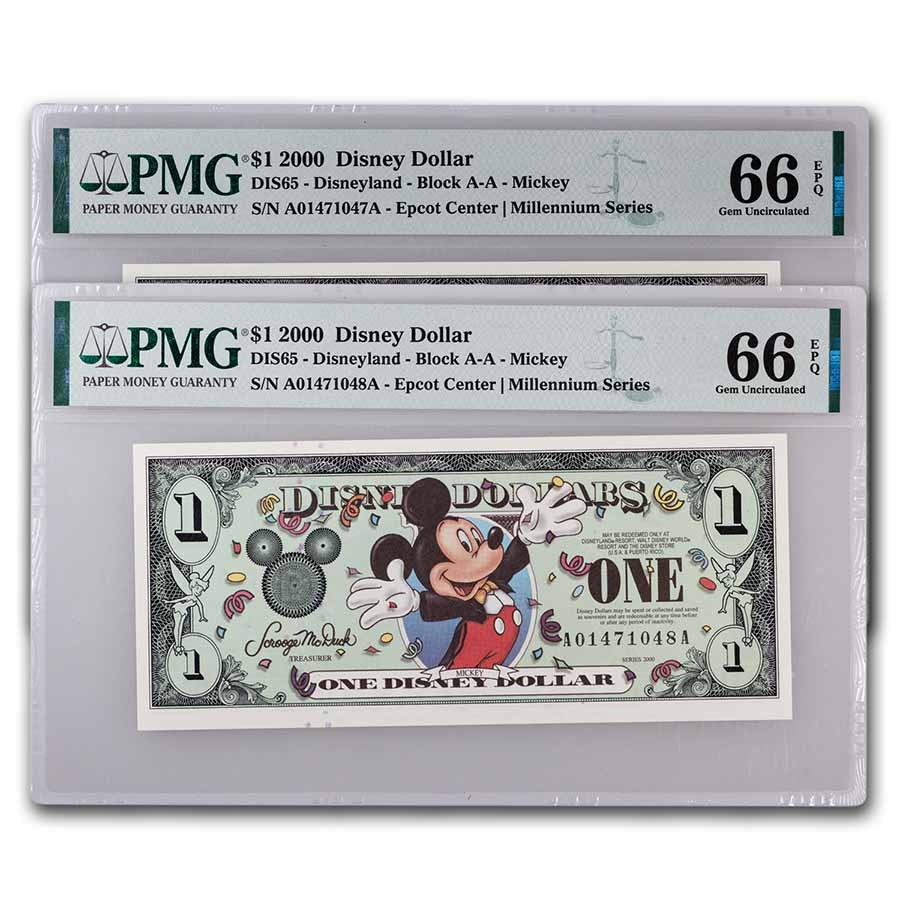 Disney Dollars
Disney Dollars were redeemable for United States currency in parks at Walt Disney World and Walt Disneyland until they were discontinued in 2016. These notes were printed using genuine Treasury printing techniques using specific ink combinations and currency quality printing paper. These notes are wonderful way to collect both currency and Disney memorabilia.