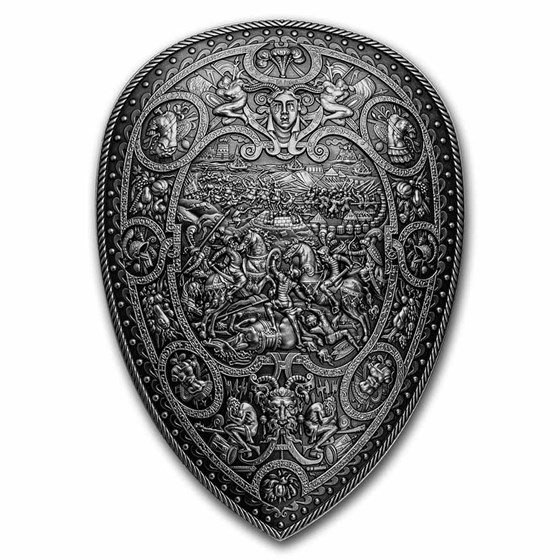 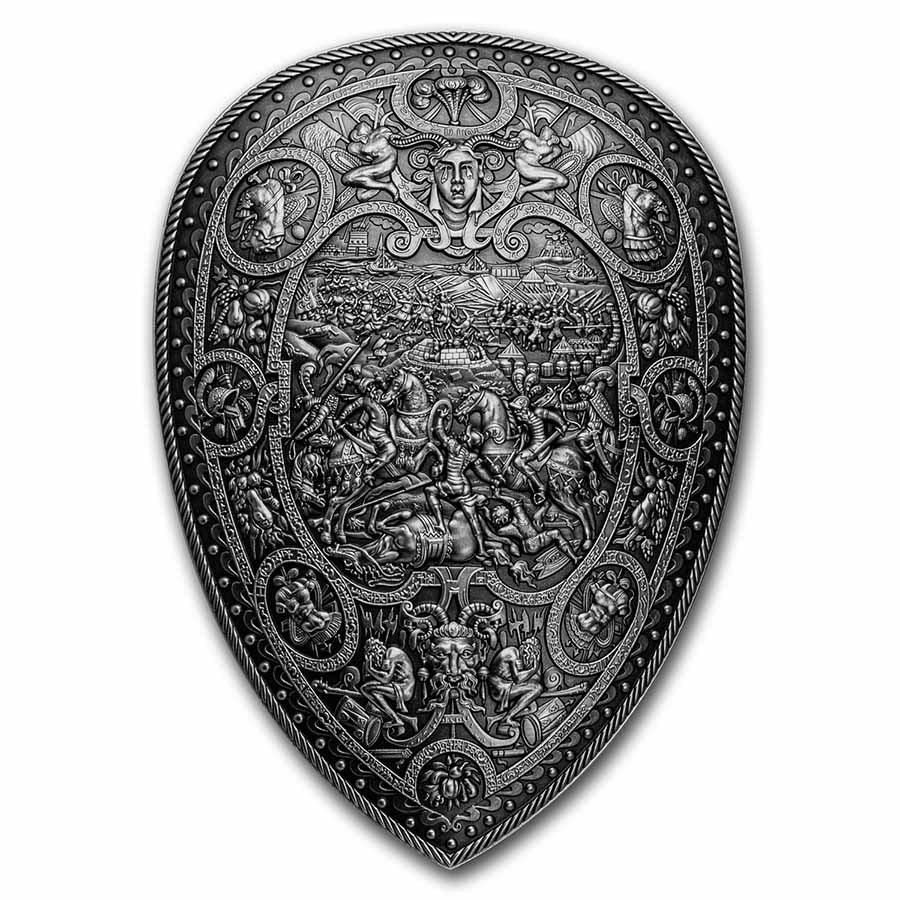 Grow your silver Silver holdings and own a very detailed and faithful depiction of King Henry II's shield! Add one of these Korean 1 kilogram Silver King Henry II stackable sheilds to your cart today!

Shield of King Henry II of France
King Henry II ruled France from 1547-1549. This shield was worn by King Henry II as a decorative adornment during a parade in celebration of victory. The depiction on the shield is though to have been the victory of Hannibal over the Romans as an allusion to France's own struggles against the Holy Roman Empire during the period.