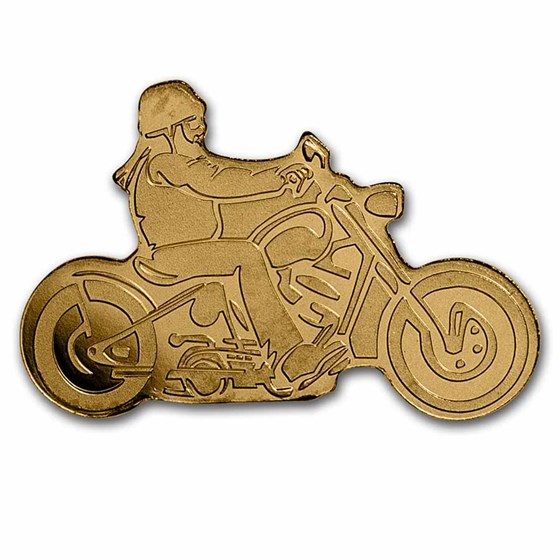 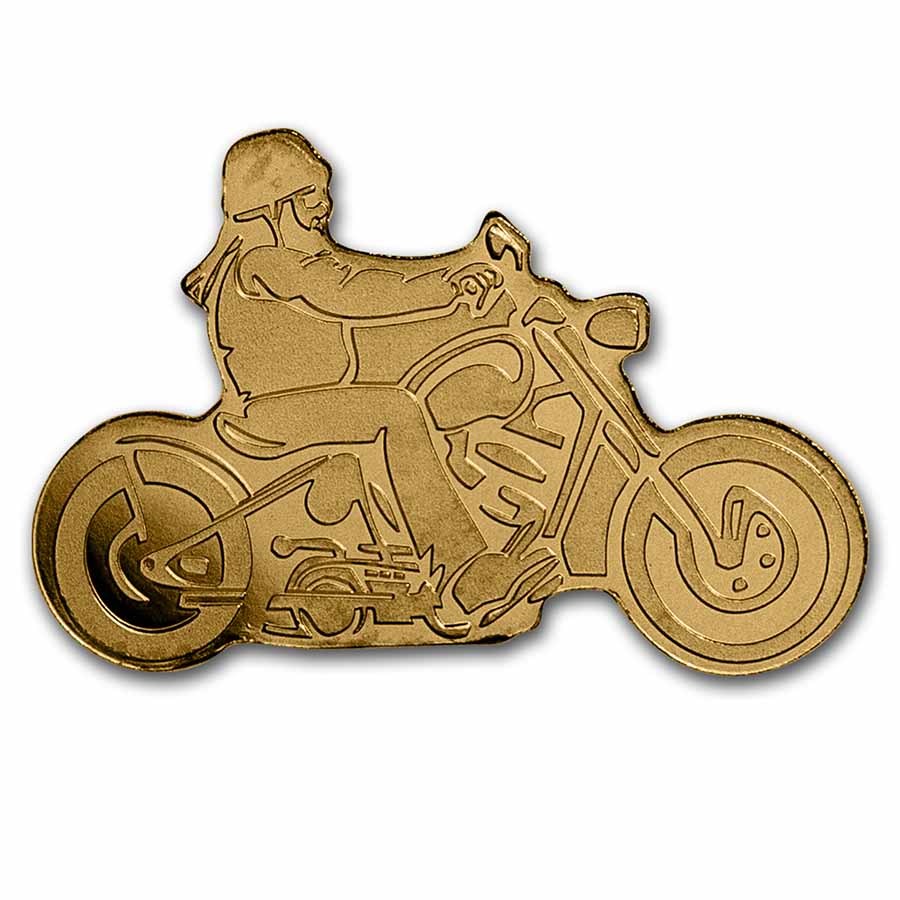 Product Details
Product Details
These detailed Gold coins were first introduced in 2007 and continue to be popular. You can almost hear the engine roaring when holding this coin.


View the finest details of your Gold Biker or any other coin in your collection by adding a precision magnifier to your order.

This is a great coin to add to your collection. Add this 1/2 gram Gold Biker coin to your cart today!

Special Shapes Gold Series
The Special Shapes Gold collection from CIT consists of a wide variety of shapes ranging from adorable animals to incredibly detailed snowflakes and everything in between. This series debuted in 2007 and has continued to be popular amongst coin collectors and gift-givers. The newest release depicting a beautiful classic car will bring you back to the days when cars were works of art. These coins do not have an official year of issue.