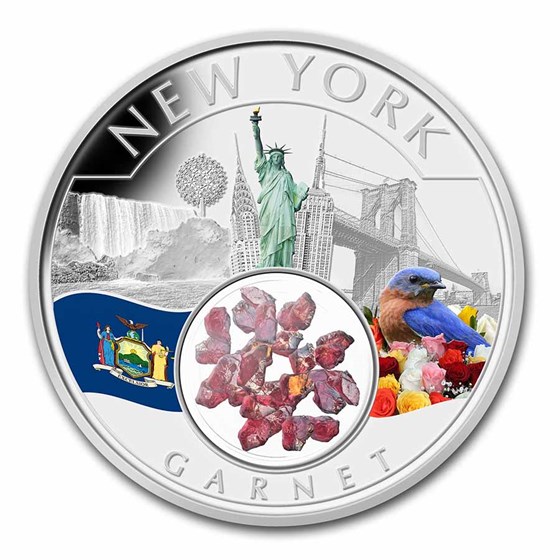 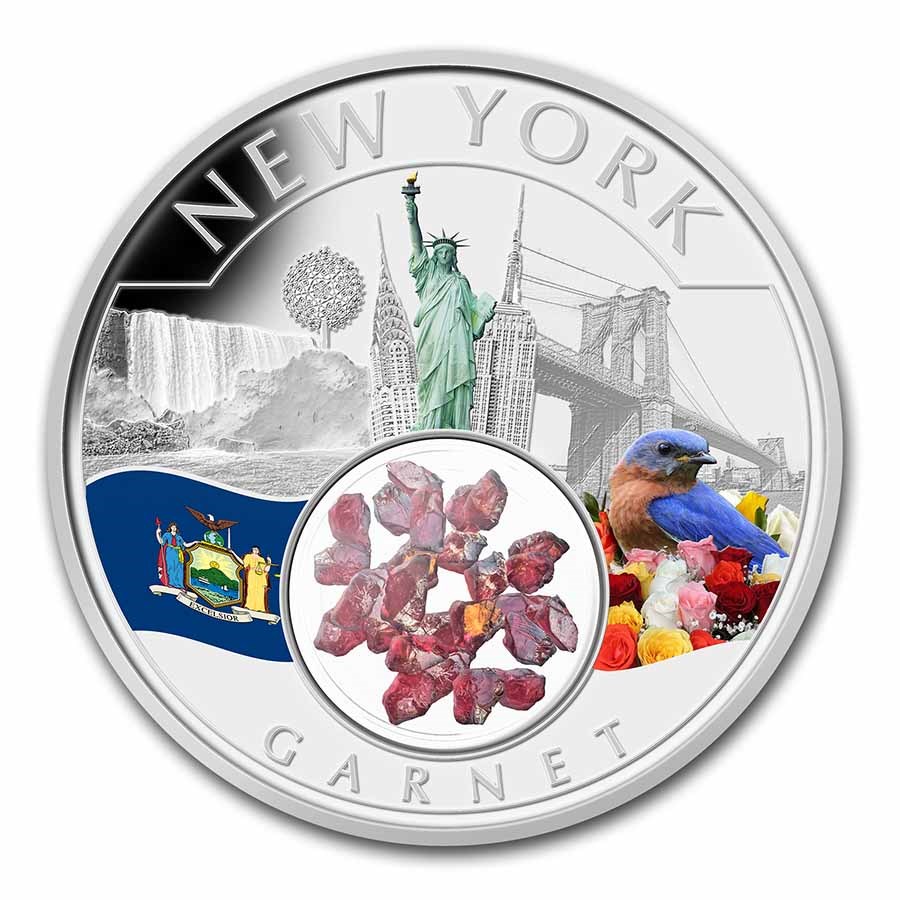 Your purchase will match the quality of the product shown.
Product Details
Product Details
Behold the Treasures of United States! This beautiful collection features all 50 states, while each coin contains a native piece of state pride and features incredible designs to honor each state.

Collect them all! Add this 2022 1 oz Silver Treasures of the United States New York Garnet coin to your cart today!

Treasures of the U.S. Series
Collectors can marvel at the unparalleled detail, find hidden illustrations of state culture, and learn many interesting facts about the states and their discoveries. All of the items inside the coins are natural items, varying in value and scarcity but all are important elements for the state they represent. With a mintage of just 500, collectors can be sure about the rarity of this inspiring set as we walk through history around the nation and celebrate the 50 states like never before. Check out these and more from the Native American Mint.

About Garnet
Garnet was adopted as the state gem of New York in 1969. Garnets are a group of silicate minerals that have been used since the Bronze Age as gemstones and abrasives. Red garnets were the most commonly used gemstones in the Late Antique Roman world, and the Migration Period art of the "barbarian" peoples who took over the territory of the Western Roman Empire. The dark red garnet is an eye-appealing gem as well as a prized industrial abrasive. Barton Mines in the Adirondack Mountains is the world's largest garnet mine.