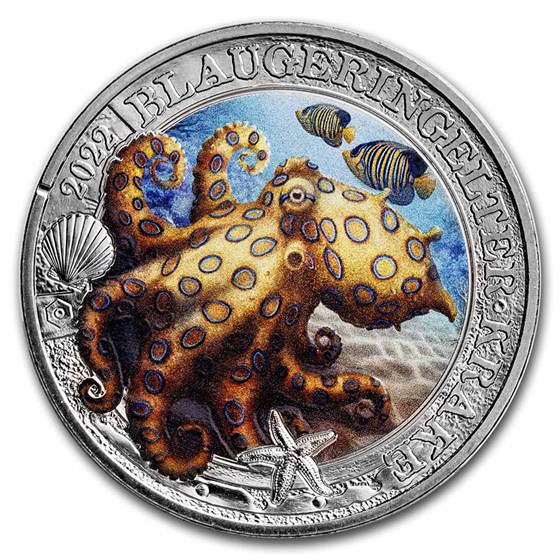 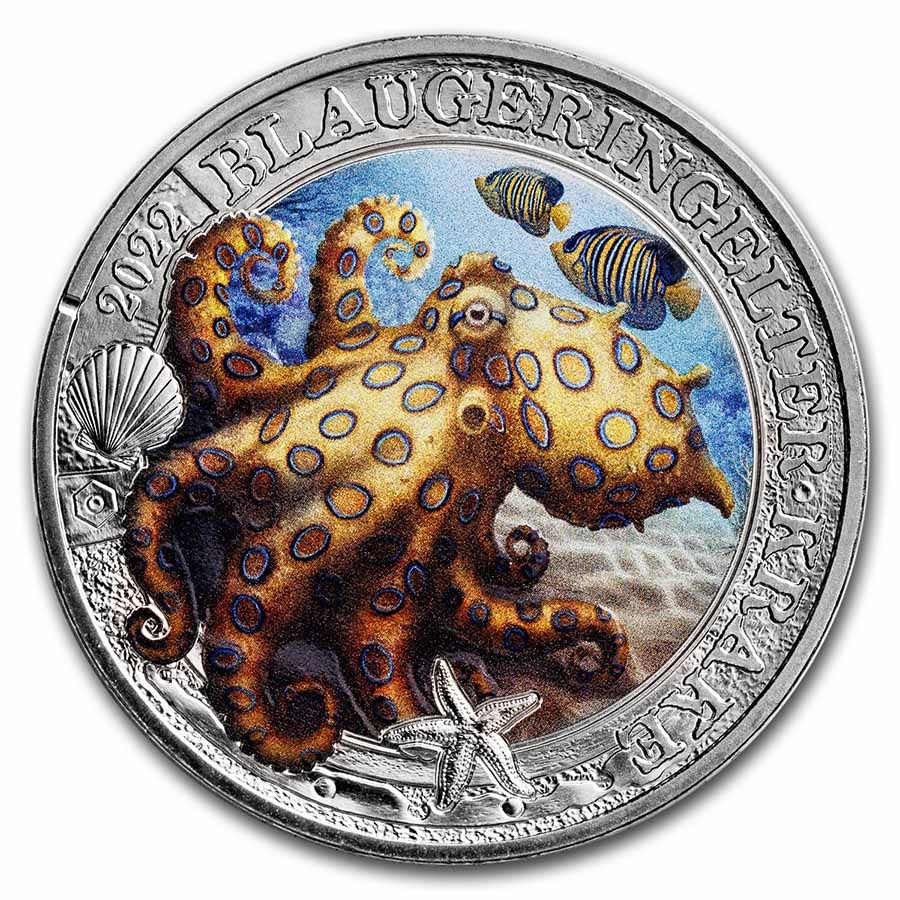 Product Details
Product Details
To celebrate the United Nations Decade of Ocean Science for Sustainable Development, the Austrian Mint is embarking on an undersea adventure that will show just how fascinating and colorful the underwater world can be.

Protect your colorful Marine Life coins by adding this capsule to your order.

An UV torch gives off a special type of light that appears to bring the underwater creatures on the coins to life as they change color and glow vividly. Tiny creatures, which only become visible when you shine UV light on them, also appear here and there next to the main characters in the series, adding an element of surprise. As improbable and magical as the sea creatures featured on the coins may seem, they really do exist. Even though some of them live in the perpetual darkness of the deep seas, where no ray of sunlight penetrates, they all have extraordinary luminous qualities. They flash, sparkle and glow and change color when necessary.

The blue-ringed octopus is a brilliant example of how fascinating and colorful the underwater world can be. One of the most intelligent invertebrates, this amazing animal is not only smart but also highly toxic. If it feels threatened its rings illuminate several times per second. This is exactly what it does on the first coin in the Luminous Marine Life series. You will be amazed.

Austrian Mint Commemorative Coins
APMEX is proud to offer products from the Munze Österreich, or Austrian Mint. With more than 800 years of coin-production experience, the Austrian Mint in Vienna has become world-renowned for coin production and Precious Metals processing. As a subsidiary of the Austrian Central Bank, the Austrian Mint's foremost task is to produce all of the circulating euro coinage for Austria. But the mint also strikes an impressive range of collector coins and medal, along with producing some of the world's best-selling bullion coins. In addition to the popular Philharmonic coins, the Austrian Mint produces many beautiful commemorative coins to honor people, places and events of its history. More than 400 million coins are produced at the Austrian Mint each year.