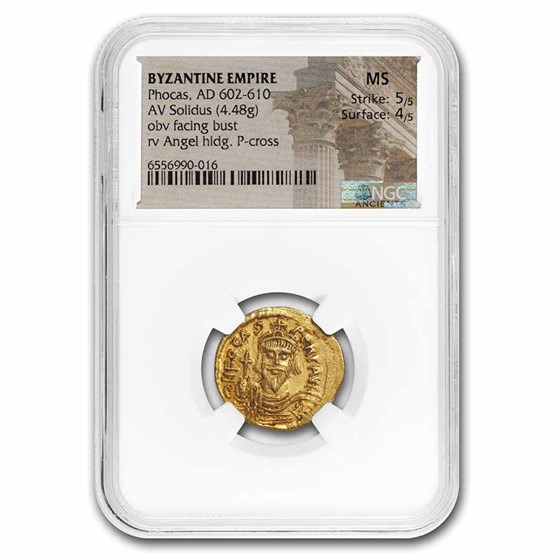 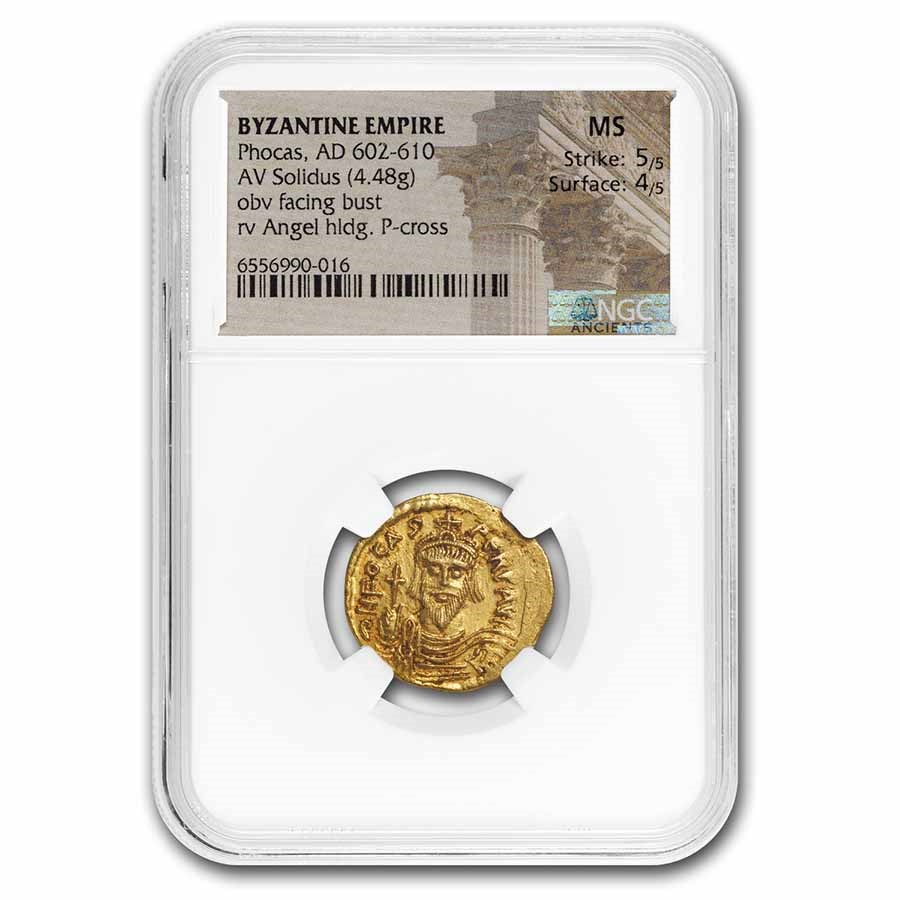 Your purchase will match the quality of the product shown.
Product Details
Product Details
This Gold Solidus dates from the reign of the Emperor Phocas (602-610 AD) - well struck with full facial detail. Extremely lustrous with wonderful detail.

Coin Highlights:
Secure and exhibit your Byzantine Gold coin in style by adding an attractive display or gift box to your order.

Add a piece of human history to your collection with this Byzantine Emperor Phocas coin struck more than 1,400 years ago! Add this superb coin to your cart today!

Emperor Phocas was a usurper and not favored with the individuals or the Senate. He was subsequently overthrown and executed. Emperor Phocas is featured on this Byzantine solidus coin, which was minted during his leadership. The reverse of this Byzantine gold coin shows an angel standing with a P Cross. This excellent coin, struck during Phocas' reign in Constantinople, is graded in Mint State condition by NGC and encapsulated to protect your investment.