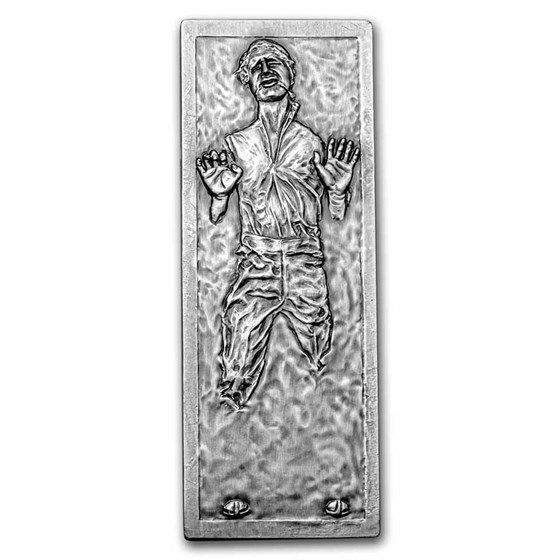 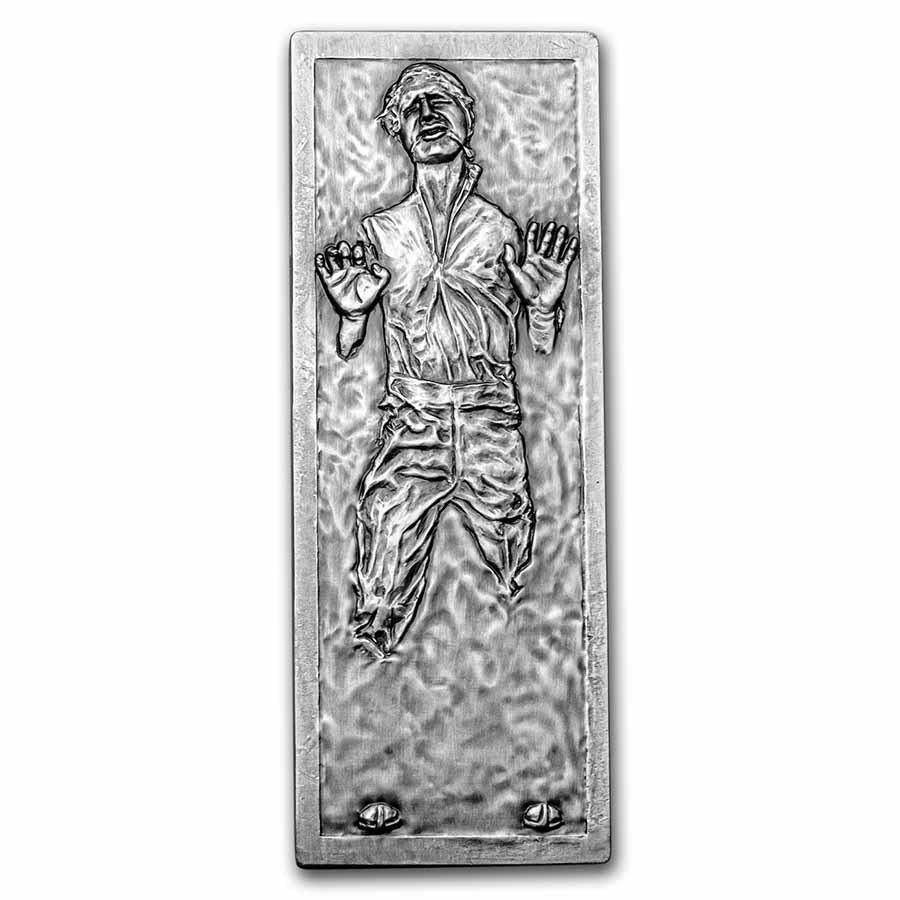 $299.99
Any Quantity
Product Details
Product Details
These awesome 10 oz Silver bar coins are uniquely shaped to look just like Han Solo frozen in carbonite! There are only 1,000 of these available worldwide, so add one to your collection!

Be sure to grab this highly collectible coin immortalized in .999 fine Silver. Star Wars coins are a great gift for a young numismatist or Star Wars fan of any age. Add this 10 oz Star Wars Han Solo in Carbonite bar coin to your cart today! And may the force be with you!

Explore the Galaxy Far, Far Away
In 1977, pop culture changed forever with the introduction of George Lucas' famed series, Star Wars. The worldwide phenomenon expanded to many films, comic books, television series, video games and theme park attractions. Star Wars is currently (as of 2021) the fifth-highest-grossing media franchise of all time. Star Wars has made its way into all mediums of pop culture with a memorable storyline and beloved characters like R2-D2, Darth Vader, Yoda and many more. The force is strong with these Star Wars chibi coins at APMEX.

New Zealand Mint
The New Zealand Mint is a privately owned company in Auckland, New Zealand. It is the only privately owned mint in New Zealand, purchasing refined Gold from international sources to produce coins. They have established their reputation over the past four decades for their high quality design as exhibited by their innovative commemorative Gold and Silver bullion products. The only Precious Metal mint in New Zealand, they use the tag-line “Minters of the South Pacific” and produce collector and bullion coins for a number of Pacific nations, including Fiji, the Cook Islands, Niue and Tuvalu.