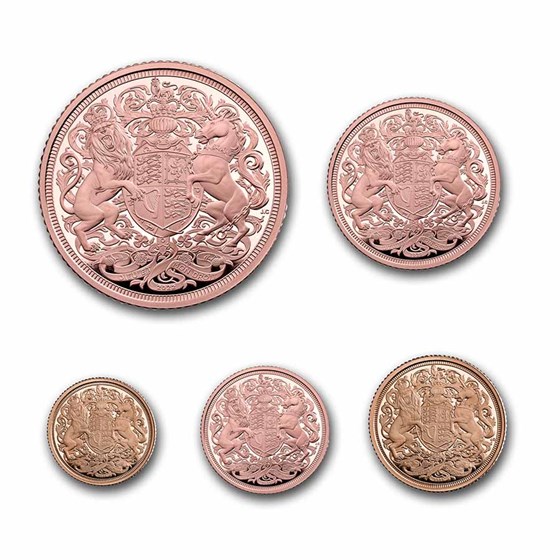 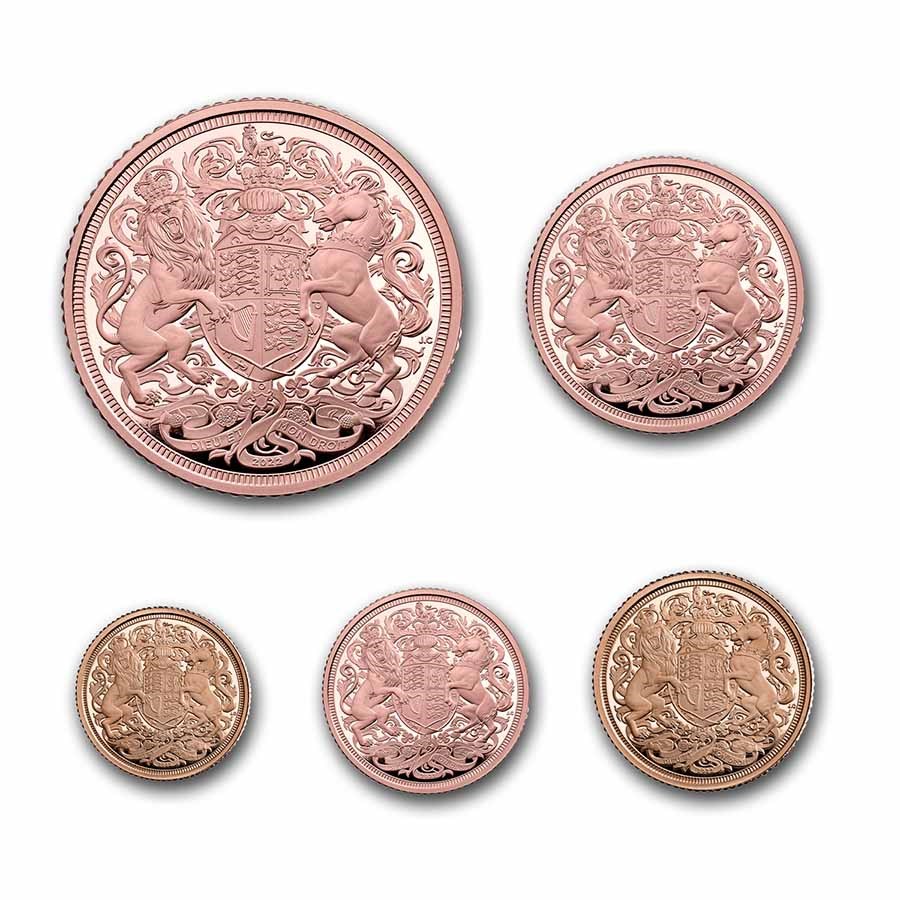 Your purchase is guaranteed to match the quality of the product shown. It will not be this exact item.
Product Details
Product Details
The Royal Mint released this 5-coin set to commemorate the legacy of Queen Elizabeth II. With a limited edition presentation of 1,200 sets, this remarkable release features a rare Royal Arms design and the first effigy of His Majesty King Charles III.

The Sovereign continues to be recognized as a Gold coin of beauty, quality and value, and is considered by many as the flagship coin of The Royal Mint. Add this 2022 Gold British Sovereign 5-Coin Set to your cart today!

Each coin is struck in 22 carat Gold, finished to Proof standard.