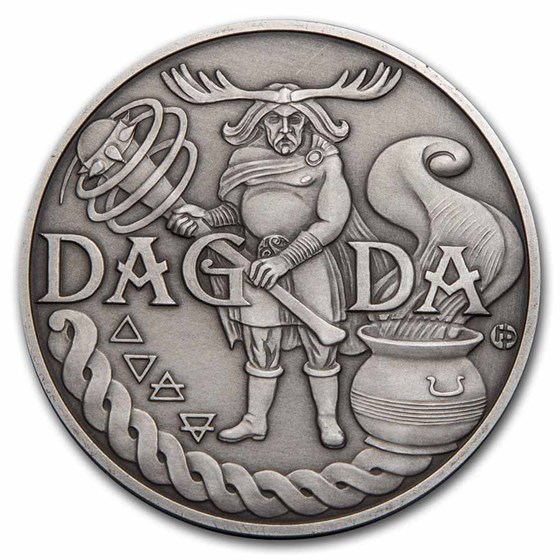 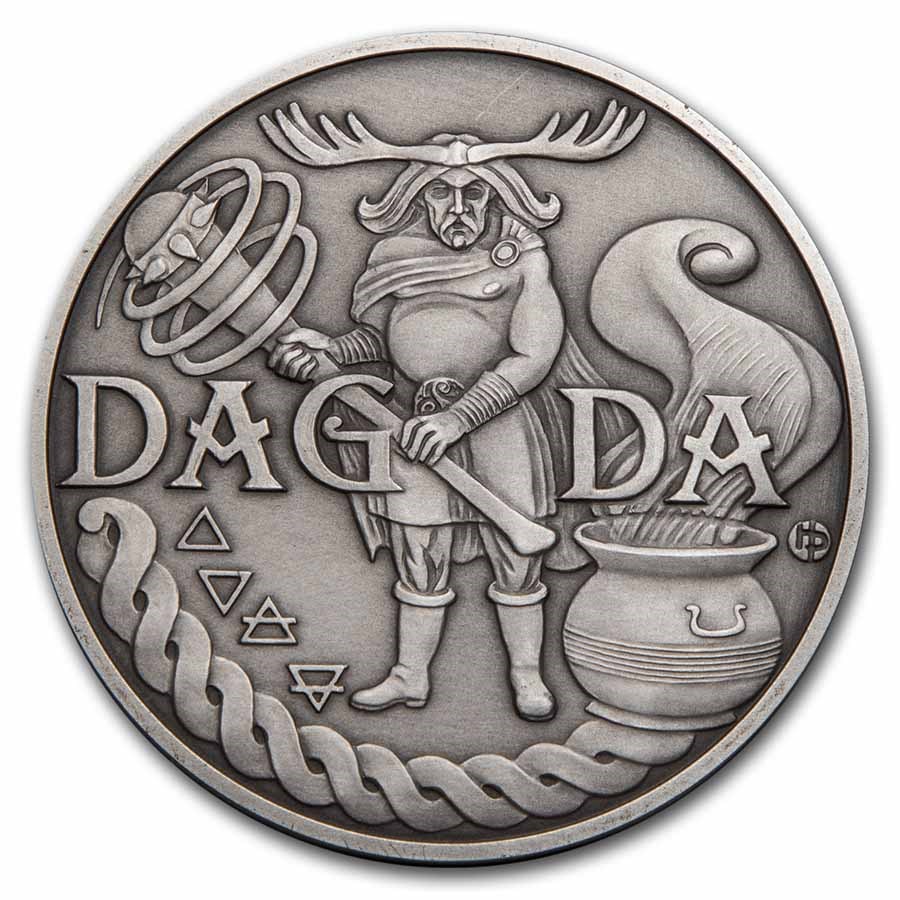 Product Details
Product Details
This commemorative coin pays tribute to ancient gods from all over the world. This Silver coin has a mintage of only 500 coins worldwide.

Add this 2022 Niue Silver Dagda coin to your cart today!

Dagda
Dagda the name itself means "good god" in the ancient Irish language, but he was also known as the father of all, lord of all knowledge or lord of the four elements.