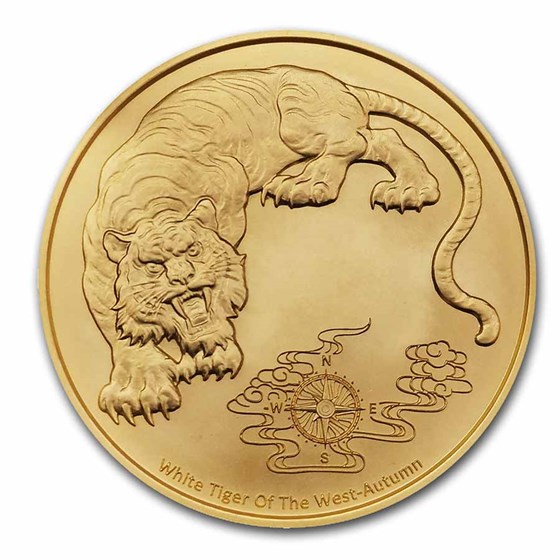 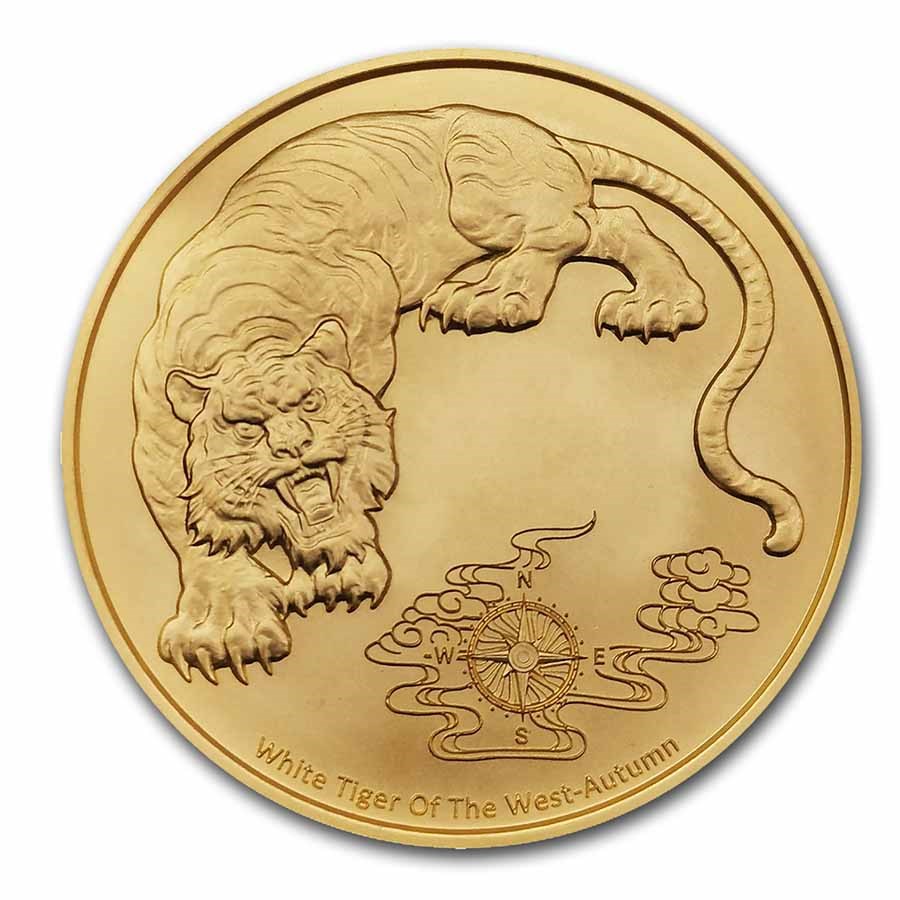 Product Details
Product Details
This is the first release in the Four Guardians series, featuring the White Tiger. This release has a limited mintage of 100 Gold coins.

Coin Highlights:
Protect and display your Gold Cambodia Lost Tigers BU coin in style by adding an attractive display or gift box to your order.

You don't want to miss out on the first coin in this new Four Guardians series. Add this 2023 1 oz Gold Four Guardians White Tiger BU coin to your cart today!