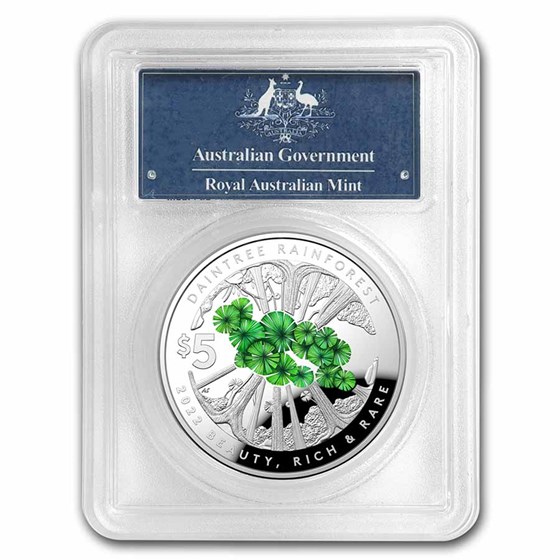 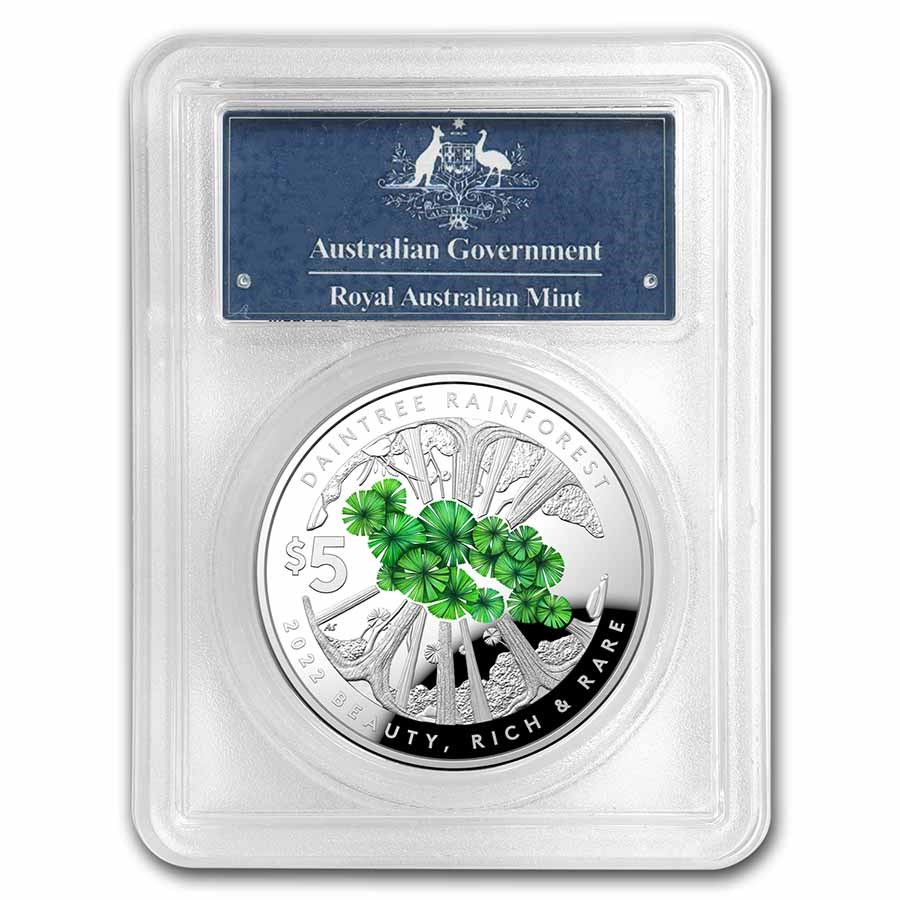 Product Details
Product Details
This is the second release in the Royal Australian Mint series "Beauty, Rich & Rare", with this Silver colorized Proof domed coin. With a limited quantity available in this PCGS-certified finish, this coin will be a beautiful addition to any collection.

Previous 1 oz Silver domed coins from the Royal Australian Mint have quickly sold out from the mint, some even in the first few weeks of the release! Now is your chance to own an extremely limited mintage, beautiful .999 fine Silver coin with a Proof finish. The coin is elegantly packaged in a box that displays both the coin and the certificate, and also included is a Daintree Rainforest-themed outer box.

Domed Coin Series
The Royal Australian Mint first launched a three-coin Earth and Beyond series in 1 oz Silver with a domed finish. The series featured the Earth, the moon and the sun. For 2021, the mint produced an additional release in both 1 oz Silver and 1 oz Gold featuring the Milky Way galaxy. For 2022, the Royal Australian Mint has released a new series, Beauty, Rich & Rare including a Gold and Silver domed coin to celebrate Australia's beautiful Great Barrier Reef. Add this beautiful 2022 1 oz Silver Daintree Rainforest Domed Proof coin to your cart today!