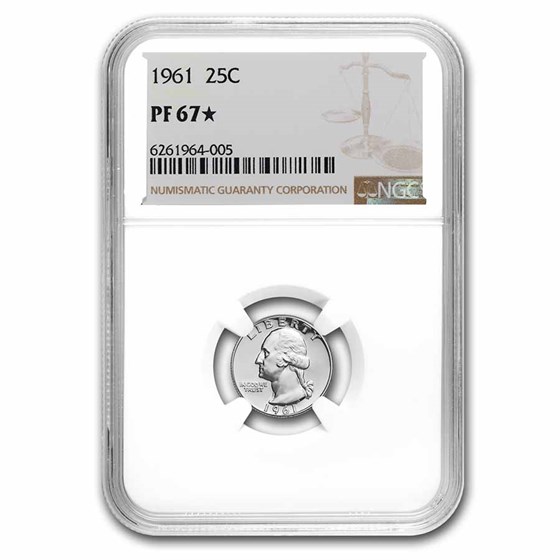 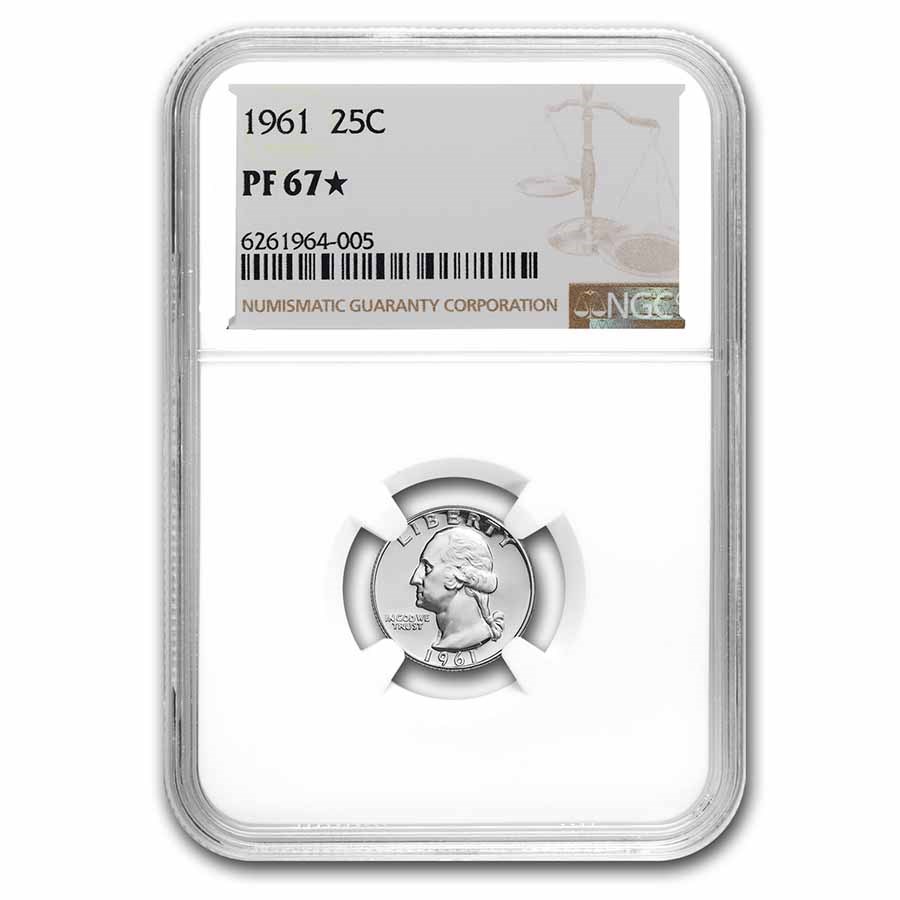 Your purchase will match the quality of the product shown.
Product Details
Product Details
This 1961 Philadelphia minted Washington Quarter Proof has been certified Proof-67* (Star) by NGC. This proof would make an excellent addition to any collection!

Add this 1961 Washington Quarter to your cart today!