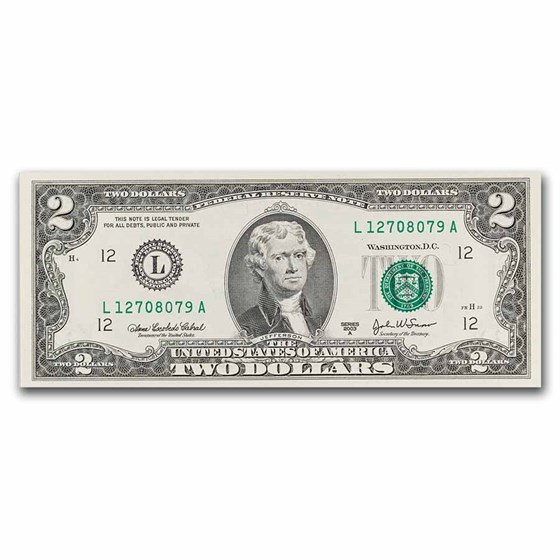 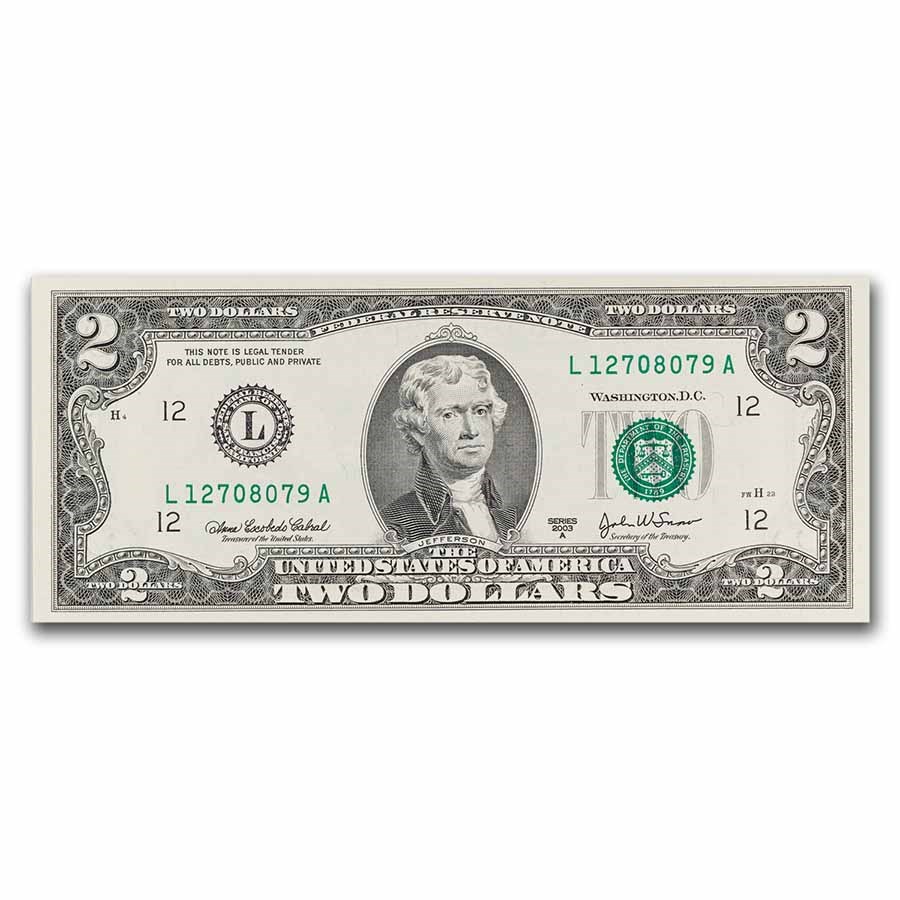 Product Details
Product Details
These Series 2003-A $2 FRNs are from the San Francisco district. These notes were printed at the Fort Worth, Texas facility and are in Crisp Uncirculated condition.

Series 2003 $2 FRNs were printed in fairly large numbers, but the Minneapolis district is one of the elusive ones from that issue!