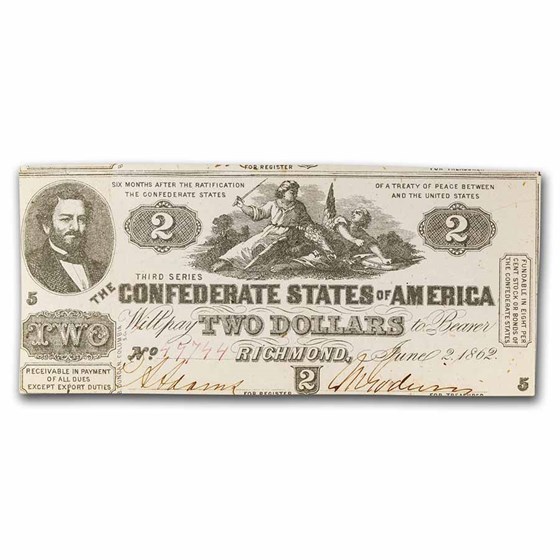 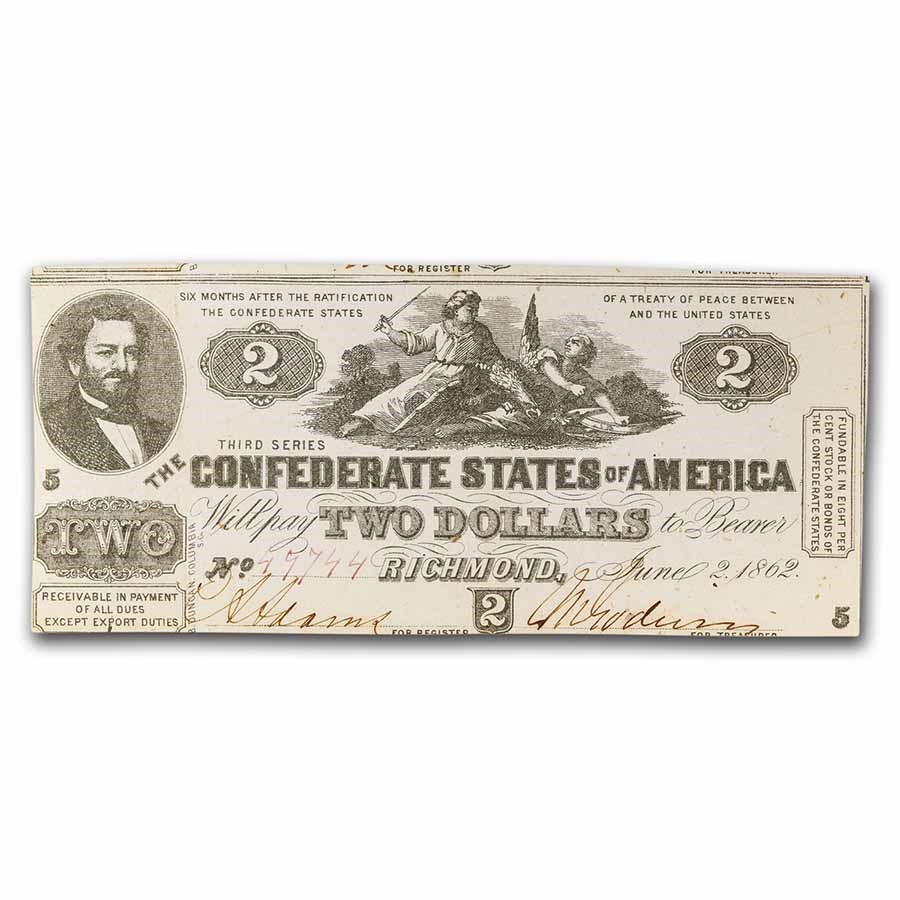 Product Details
Product Details
This 1862 issue Confederate deuce has the popular vignette depicting the "South Striking Down the Union" at center. There is also a portrait of CSA Secretary of State Judah P. Benjamin on the left.

These Confederate issues were once scorned by collectors, but are now in demand and rising in value due to the different issues and variety of designs. Add one of these classic collectibles to your cart today!

This note has seen lots of wear, but is intact with a little edge damage which is typical of these CSA paper money issues due to the quality of paper being used. This note is a decent and affordable example of CSA paper money used during the Civil War.