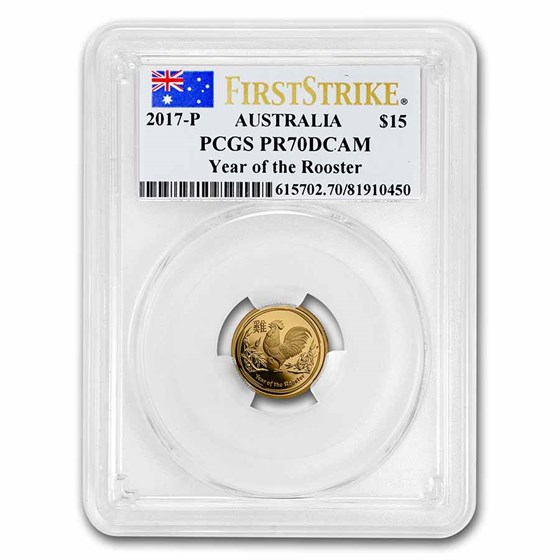 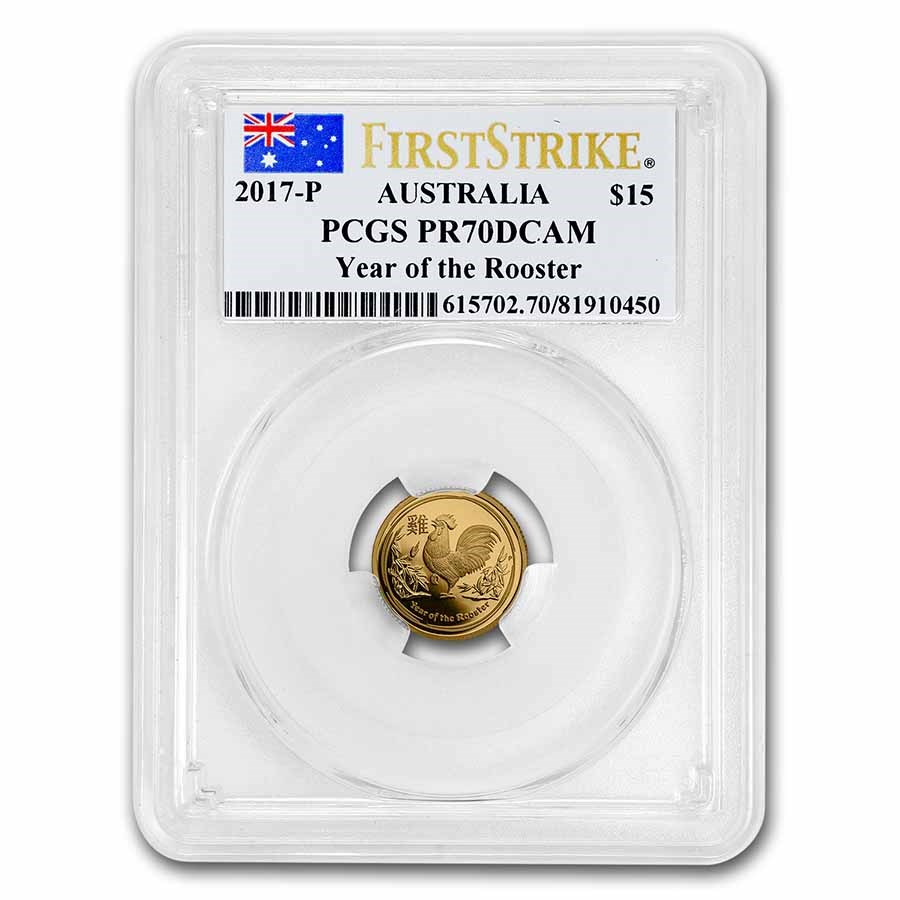 Your purchase is guaranteed to match the quality of the product shown. It will not be this exact item.
Product Details
Product Details
These magnificent 1/10 oz Proof Gold coins, with a mintage of only 8,000, celebrate the Year of the Rooster, the tenth animal in the 12-year cycle of the Chinese zodiac. This coin is certified to be in perfect, Proof-70 condition by PCGS.

Coin Highlights:
Proudly display your 1/10 oz Year of the Rooster Proof Gold coin by adding a lunardisplay box to your order.

Struck by the historic Perth Mint from .9999 fine Gold, each coin's Australian legal tender status guarantees its weight and purity. Update your lunar set by adding this stunning 1/10 oz Year of the Rooster Gold PR-70 PCGS First Strike coin to your cart today!

Perth Mint's Australian Lunar Series II collection epitomizes the rich tradition of minting spectacular bullion coins by portraying Chinese themes from. The reverse design changes each year based on the Chinese lunar calendar, and the 2017 reverse celebrates the Year of the Rooster. The birth dates for people born in the Lunar Year of the Rooster include 1921, 1933, 1945, 1957, 1969, 1981, 1993, 2005 and 2017. Those born in these years are said to be hardworking, loyal, honest and sociable.