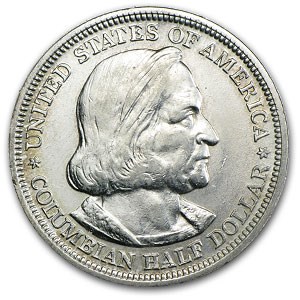 Your purchase will match the quality of the product shown.
Product Details
Product Details
Commemorating the Worlds Columbian Exposition in Chicago, these half dollars show much original detail. The coins in this listing have been cleaned.

Coin Highlights: Protect and display your Columbian Half by adding a protective plastic capsule to your order.

This coin will make an excellent addition to any collection. Add this 1893 Columbian Expo Half Dollar to your cart today!